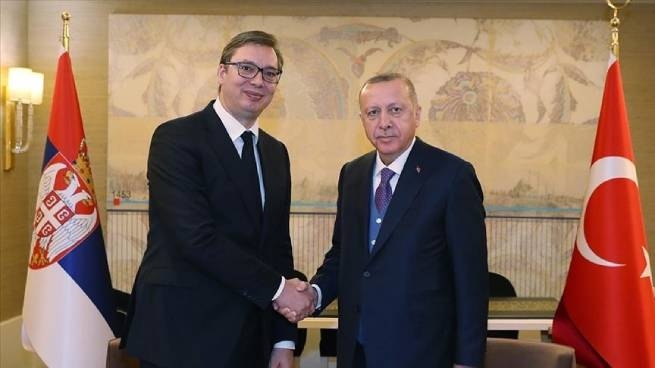 Turkish President Recep Tayyip Erdogan accused the West of provoking the Russian Federation and noted that Ukraine was supplied not with weapons, but with trash.

His words were heard at a press conference with Aleksandar Vučić, President of the Republic of Serbia, in Belgrade, writes Anadoluquoting the Turkish leader:

“I can clearly say that I do not find the attitude of the West (toward Russia) correct. Because there is a West that pursues a policy based on provocations.”

He also stated, writes Hurriyetthat the West is sending weapons “junk” to Ukraine and warned that the war will not end “in the near future”:

“I tell those who underestimate Russia that you are doing the wrong thing. Russia should not be underestimated.”

The Turkish President noted Ankara’s balanced policy aimed at resolving the crisis in relation to Russia and Ukraine. He noted that there are no winners in this war, but there are many losers:

“Russia has turned off natural gas, prices have risen in Europe. Everyone is thinking about it. Why didn’t they think about it before?”