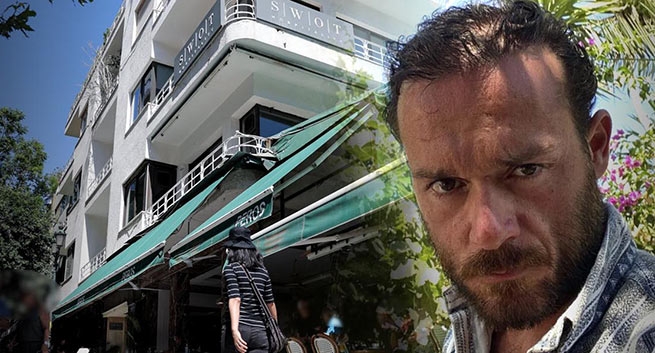 Meletis Koropulis, a 35-year-old man who “jumped” off a third-floor balcony at 2 Tsakalova Street in Kolonaki early Tuesday morning, says he didn’t have money with him and that he fell by accident.

Like us previously reported, at 3:30 a.m. a man fell out of the window of his house in the elite Athenian district of Kolonaki. Fortunately for the jumper, he landed on the tent of the Peros cafeteria, which was located on the 1st floor of the building. The entire adventure cost him minor damage to his legs.

Meletis Koropulis told reporters that he ruled out the possibility of a criminal case, saying it was an accident, without going into details.

He described as fiction the publications concerning the incident and especially the amount of money in the amount of 50,000 euros, which he allegedly had at the time of the fall. “I am in good health, I was not hospitalized, I only injured my legs. I didn’t have any money with me.”, he said during a media interview.

The Koropulis family owns one of the oldest clothing boutiques in Athens, Bettina, which is “run” by Meletis Koropulis’ sister, Maria.