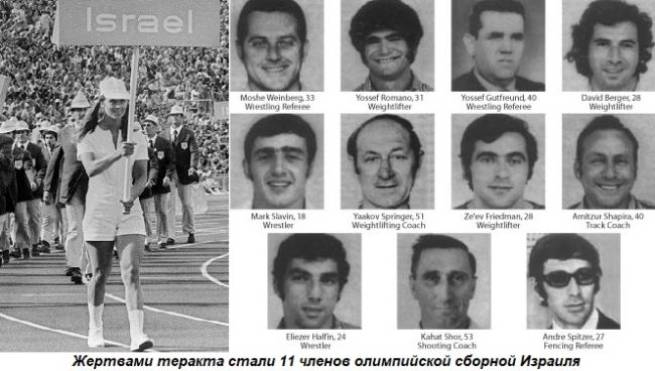 Yesterday marked the 50th anniversary of the Munich tragedy, when Israeli athletes died at the 1972 Olympics.

Edition DW announces the recognition by the German government of the mistakes made and the decision to pay compensation to the relatives of the victims of the terrorist attack:

“The President of Germany asked for forgiveness for the lack of protection of Israeli athletes at the Munich Olympics-72.”

On September 5, 1972, a massive tragedy occurred. Palestinian terrorists, members of the Black September group, broke into the territory of the Olympic Village in Munich. They took hostage members of the Israeli national team of athletes.

The German security forces attempted to free them, but failed. The failed operation cost the lives of eleven Israeli athletes and a German policeman.

A one-day break was made in the Olympic competitions, but neither the security forces nor the government apologized for the failed operation and the death of the athletes.

The current President of Germany, Frank-Walter Steinmeier, called it shameful that it took five decades for an agreement to pay compensation to the families of the victims. He finally apologized to them on behalf of his state. Germany has entered into an agreement with the families of athletes on financial payments – they will receive a total of 28 million euros.