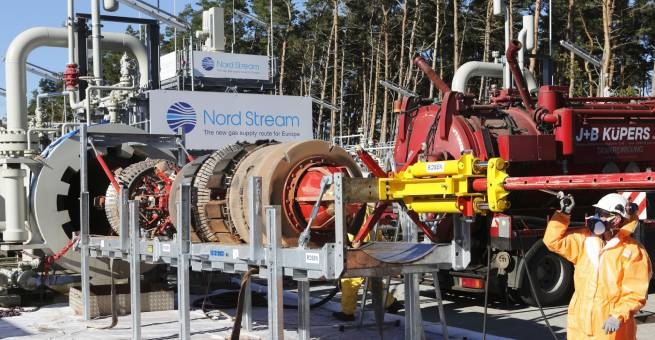 “Gazprom” announced the stop of pumping gas through the “Nord Stream” pipeline. The Federation Council recommended that Europeans stock up on firewood.

On the evening of September 2, the Russian gas company announced a malfunction of the Portovaya compressor station and, in connection with this, stopped gas pumping through the pipeline. AT message “Gazprom” in Telegram says:

“During routine maintenance at the Trent 60 gas pumping unit of the Portovaya compressor station, an oil leak with an admixture of a sealing compound was detected at the connectors of the terminal connections of the cable lines of the low and intermediate pressure rotor speed sensors. Until the remarks on the operation of the equipment are eliminated, the transport of gas to the Nord Stream gas pipeline has been completely stopped.

Oil was also found in the area of ​​the cable line in the external terminal box of the automatic control system of the unit. Gazprom claims that the oil leak detection certificates were signed by representatives of Siemens, which helps carry out maintenance.

Meanwhile, the Portovaya compressor station continues to operate, Evropeyskaya Pravda reports. Earlier, Gazprom announced the cessation of supplies to Europe due to the Nord Stream pipeline for three days, starting on Wednesday. The shutdown, the company said, is necessary for maintenance and preventive maintenance work on the only working Trent 60 gas compressor unit. Europe expects gas supplies to be used as a way to pressurize EU because of the sanctions.

Earlier, Russia limited gas supplies to Germany via the Nord Stream gas pipeline, citing the lack of a turbine. For her return, Canada made a sanctions exception at the request of Germany. Then Gazprom announced the failure of another Nord Stream turbine, due to which the gas pipeline operates at 20% of its declared capacity, which leads to an energy crisis in Europe.

“Gazprom’s announcement this afternoon that it is once again shutting down Nord Stream 1 on false grounds is further confirmation of its unreliability as a supplier. It is also proof of Russia’s cynicism as it prefers to flare gas instead of to fulfill contracts.”

The Federation Council gave tough advice to Europe after the shutdown of the Nord Stream: Senator Vladimir Dzhabarov advised European residents to stock up on firewood for the winter, writes BB.LV. The first deputy head of the international committee of the Federation Council in his Telegram channel said that the European Union no longer needs to limit the price of Russian gas after the shutdown of Nord Stream due to repairs: “What we fought for, we ran into. And since there is no fuel supply, then there is nothing to talk about. ”

Representative of the National Security Council under the President of the United States in an email Reuters stated:

“Unfortunately, it is not surprising that Russia continues to use energy as a weapon against European consumers.”

A NSC spokesman said the US and Europe are cooperating to ensure that sufficient supplies are available. As a result of these efforts, European gas storage facilities will be filled before the critical winter heating season, he said. At the same time, he noted that these efforts alone are not enough.