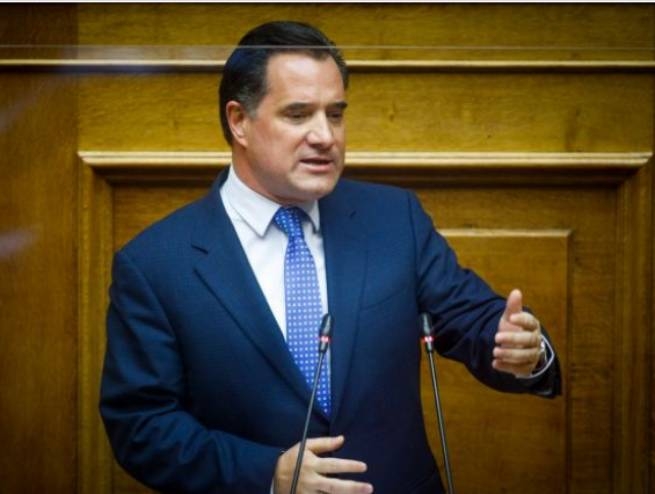 Minister of Development and Investment Adonis Georgiadis spoke about the energy crisis and the measures planned by the government to support households and businesses.

Mr. Georgiadis reported on the next problems in the European and, in particular, the Greek economy in connection with the decision of Russia close the gas pipeline. According to TANEA, the government will take the necessary steps to support the population of the country – assistance will be targeted. The Minister noted:

“Europe and Greece are entering their worst winter since 1942. Whoever can find an alternative way to heat their home for the winter, let them find it. Oil is currently 6 times cheaper than natural gas. Putin uses natural gas as a weapon against Europe, he not only attacks Ukraine, he is an enemy EU. All citizens of Europe should know that we are in an economic, trade, energy war with Russia and take action against the energy crisis. The Ministry of Ecology and Energy will immediately launch a public information campaign on how to act this winter to reduce the huge damage our economy and our wallet will suffer from Putin’s energy war in Europe. We must remember that we should not waste electricity the way we did in the past. Electricity is already too expensive.”

Addressing all the inhabitants of Greece, Adonis Georgiadis continued:

“In Greece, after the intervention of Mitsotakis in the energy sector, we have not yet realized how expensive electricity is on our bill. What we see on our accounts is what the government pays. Now we must all act with energy savings in mind. There is no doubt that the Greek government will continue to support the citizens. The economy is developing very well, better than in all European countries, we have a triple record for investment and tourism, our best performance in the history of our country.”

Mr. Georgiadis also touched upon the issue of reducing the excise tax on fuel, explaining:

“Our policy will be addressed to the needy, not by general measures. That is why we must conserve our strength. The coming months will be difficult and we will have to act wisely. We don’t have money to scatter, we have a specific budget, we have fiscal targets to implement. The Prime Minister will announce the measures that the government will take at the FTI, we will help all citizens in need.”

Recall that yesterday, “Gazprom” announced a halt in the pumping of gas through the pipeline “Nord Stream”. The Federation Council recommended that Europeans stock up on firewood. On the evening of September 2, the Russian gas company announced a malfunction of the Portovaya compressor station and, in connection with this, stopped gas pumping through the pipeline.

Earlier, Russia limited gas supplies to Germany via the Nord Stream gas pipeline, citing the lack of a turbine. For her return, Canada made a sanctions exception at the request of Germany. Then Gazprom announced the failure of another Nord Stream turbine, due to which the gas pipeline operates at 20% of its declared capacity, which leads to an energy crisis in Europe. The European Commission believes that Gazprom announced the shutdown of the Nord Stream under a false pretext.