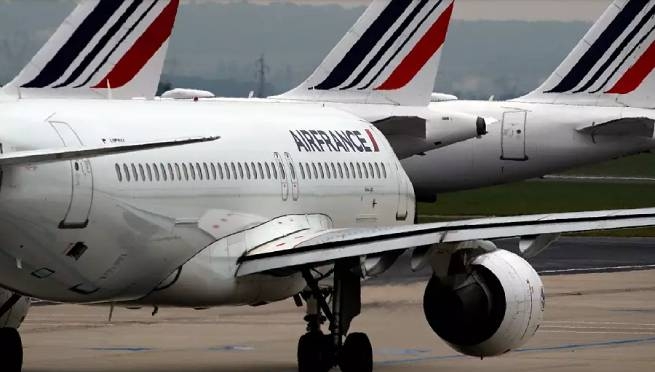 Right in the cockpit during the flight, AirFrance pilots began to sort things out with the help of physical assault.

It is not known how the untimely fight could have ended if not for the intervention of flight attendants. The plane took off from Geneva airport and headed for Paris. According to the French Tribune, the pilot and co-pilot had an argument after takeoff and grabbed each other by the throat after one of them hit the other. After the men were separated, one of the crew members spent the rest of the flight in the cockpit with the pilots.

Both Air France employees have been suspended from work. The incident happened back in June, but the Air France representative’s report only appeared last Sunday. An airline spokesman confirmed that the plane continued flying and landed safely.

For example, during a flight from Brazzaville to Paris in December 2020, Air France pilots diverted the plane after a fuel leak. Meanwhile, the crew had to turn off the power to the engine and land as quickly as possible, as required by safety protocols. The liner landed safely in Chad, but the BEA report emphasizes that its engine could catch fire.

The BEA report mentions three cases between 2017 and 2022 where some pilots relied more on their intuition than safety protocol.

After the latest incident, Air France is conducting a security audit. The company said that security systems and procedures are being reviewed and that “the safety of its customers and crew members is an absolute priority.”

The airline has pledged to follow the BEA’s recommendations, allow its pilots to analyze flights they have completed, and will stipulate stricter rules for safety procedures when creating training manuals. euronews.

As Air France was quick to point out, the report mentions only four security-related incidents. Whereas the airline performs thousands of flights every day. The Pilots Union emphasizes that the safety of passengers is of paramount importance to all its workers.

Now it remains to either take the word of the company’s employees and entrust them with your life for the duration of the flight, or still choose another carrier for the trip. Who knows, maybe on the next flight, not only fists, but also something “heavier” will be used?