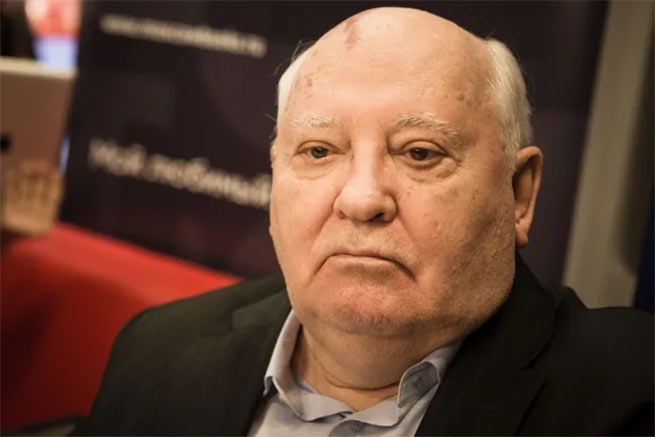 Mikhail Gorbachev, the first and last president of the USSR, died, a man who was first praised and then cursed…

He is gone – and some will say: he brought us freedom. Others – he took our country. And someone will simply offer to remember, without remembering insults.

Mikhail Gorbachev was born in what is now the Stavropol Territory. From the age of 15 he worked as an assistant combine operator. He graduated from the Faculty of Law of Moscow State University, after which he began working in the Komsomol. In 1971 he was elected a member of the Central Committee of the CPSU, in 1985 – General Secretary of the Central Committee. As head of the Soviet Union, Gorbachev announced a liberalization course, which he called perestroika, and moved towards rapprochement with the West.

In February 1990, Gorbachev was elected president of the USSR, becoming the first and last person in this position. In August 1991, a group of top Soviet leaders tried to remove him, announcing the creation of the State Committee for the State of Emergency (GKChP), but the coup failed.

Gorbachev resigned as president in December 1991, after the leaders of Russia, Ukraine, and Belarus signed the Belovezhskaya Pact to liquidate the USSR and create the CIS. After leaving politics, he created and headed the Gorbachev Foundation, which studies the problems of Russian and world history. In 1996, Gorbachev participated in the presidential elections in Russia, gaining 0.51% of the vote.

In 1990, the politician received the Nobel Peace Prize.

After leaving power, he dealt with the affairs of the Gorbachev Foundation and met with former leaders of large countries. After the death of his wife 23 years ago, he increasingly moved away from public and other affairs. In recent years, he was seriously ill.

Mikhail Gorbachev will be buried in Moscow at the Novodevichy Cemetery – in a family burial next to his wife. This was reported to TASS by a source familiar with the wishes of the relatives of the deceased.

Many wished him death, not forgiving the fall of the Soviet Union, but these wishes became more frequent when the “Bialowieza undertakers” unexpectedly died one after another – the surviving first presidents of independent Belarus and Ukraine Shushkevich and Kravchuk. Now Gorbachev has joined them, having died at the age of 92.