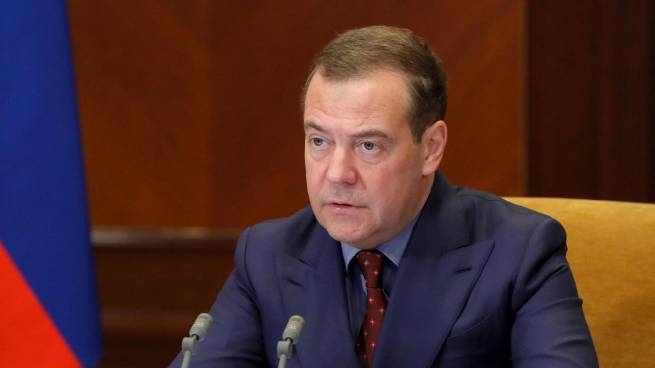 Deputy Chairman of the Security Council of the Russian Federation Dmitry Medvedev explained why the special operation is being carried out in Ukraine.

In his opinion, which he shared in an interview with the French TV channel LCI, a “special military operation” is being carried out to prevent the Third World War:

“We must do everything so that the third world war does not happen, and the policy of our country is aimed precisely at this.”

He assuredthat in the event that Ukraine joined NATO, and then launched a military operation against Russian territory, the start of the Third World War would be inevitable.

Medvedev also explained that the “special operation” is “going according to the most sparing, moderate option”, military operations are conducted only against the Armed Forces of Ukraine:

Dmitry Medvedev convincingly assured that there were no grounds for the use of nuclear weapons by the Russian Federation. At least for today. But this is possible in response to someone else’s nuclear strike or “other actions that threaten the existence of the state itself.”

Recall that Dmitry Medvedev, after the Russian invasion of Ukraine, became one of the most aggressive defenders of the war in public space. Harsh words were spoken about arrest of people’s deputy from the Opposition Platform for Life Viktor Medvedchukpossible truce between Ukraine and Russia, the wishes of Sweden and Finland join NATO and in many other situations.

He zealously insulted Western and Ukrainian politicians, expressed doubts that in the future Ukraine “will exist on the world map.” On the last occasion, our publication presented Dan Sabbagh’s opinion, the author of an article in the British edition of The Guardian, who reflects on how the special operation in Ukraine will develop in the near future. In his opinion, the intensity of the conflict is decreasing, but it will last at least another year, and winter will play into the hands of the Kremlin.