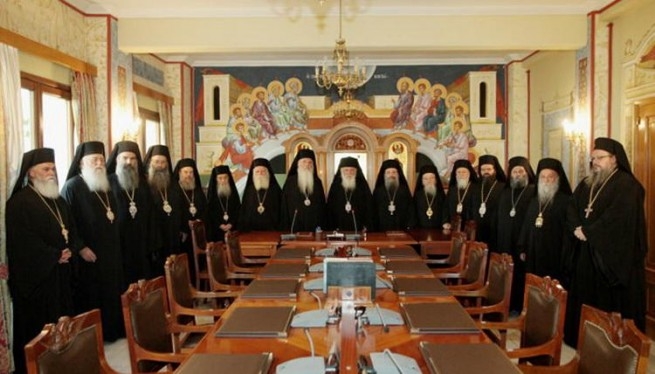 An anti-abortion sermon will be read in churches across Greece, the Holy Synod of the Greek Orthodox Church decided on Thursday. It will be read on Sunday, September 8, the feast of the Nativity of the Most Holy Theotokos.

The Permanent Holy Synod of the Church of Greece, convened under the chairmanship of His Beatitude Archbishop of Athens and All Hellas, Mr. Jerome, decided, among other things, to send circulars for sermons on the “protection of human life and the avoidance of abortion,” media reports. It should be recalled that on the issue of abortion, the Holy Synod established the “Day of the Unborn Child”, the decision “was taken in order to protect the child and solve the demographic problem.”

It is worth noting that, according to the Greek statistical office Elstat, every year in the country 300 thousand abortions are registered per 100 thousand births (data for 2017).

The first Sunday after Christmas was chosen as a day to mark the Church’s position against abortion, and the Holy Synod’s standing position is that “voluntary abortion is murder.”

“The Holy Synod, taking into account the latest developments on the issue of abortion and based on the Holy Scripture and the Holy Tradition of the Orthodox Church of Christ, expresses its theological position on the fetus as a full and complete human being from the moment of conception, therefore, considers voluntary abortion to be murder and does not accept it,” the Holy Synod said in February 2020.

news site news247.gr notes: “Therefore, it is obvious that the abortion problem, which caused the “earthquake” in the United States, will return to our country at the earliest opportunity. Hellenic Solution President Kyriakos Velopoulos has stated his position on this issue many times, speaking from the floor of Parliament: “We are demographically dying out, you do not encourage the birth of Greeks, you are vaccinating the country, you want abortions too“.

The site also reminds that only two European Union member states ban abortion: Poland, which has established medical barriers to entry, and Malta. In the European Parliament, the ultra-conservative ECR European Party, which has 64 seats, is officially calling for restrictions on access to abortion. Reportedly, anti-abortion organizations funded by US conservative circles operate in Europe.

In recent years there have been occasional attempts in Greece to the issue of abortion for public discussion. So far they have failed, but they have never given up.

PS Annual population of Greece decreases for 50 or more thousand people. While maintaining the trend (without another virus) after 80 years population Greece will be no more than 7.7 million people, of which 50 percent or more will be people over 50 years old.