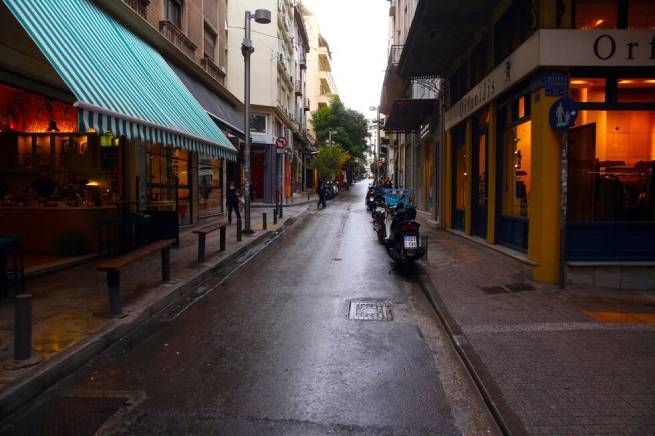 This year, Time Out has again chosen the steepest streets in the world, and one of them is in Athens.

Every year Time Out invites citizens from all over the world to take part in its annual survey. It is recalled that in the announced in July in the ranking of the 53 best cities in the world, Athens was in 35th placee.

This year, 20,000 people were asked to answer: “What is the ‘coolest’ street in your city?” The goal, the company explains, is to highlight places that locals love. Their responses formed a preliminary list, which was then accepted by Time Out editors and contributors, who compiled the final version.

On the 12th place in the rating is a street in the center of Athens (Kolokotroni street). There, shops are fighting for the attention of passers-by, new restaurants and bars are opening, the company notes.

“Start in the square and take a look at the National Historic Site, which was once the Houses of Parliament. Take a leisurely stroll along Eolou Street, admiring the neoclassical architecture. Pop in here for Greek salad, hamburgers and souvlaki (in the Indian version). Pair with ouzo or cappuccino freddo (as you prefer), then head to one of the shops selling sandals, books, clothing, art, jewelery and vintage watches,” advises Time Out.

The steepest street, according to the rating, is Rue Wellington in Montreal. Followed by Gertrude Street in Melbourne and Great Western Road in Glasgow. This year’s list includes three more cities compared to the first one, which was announced in 2021. Athens, Mumbai, Taipei and Accra are among the new cities included in it.

The coolest streets according to Time Out