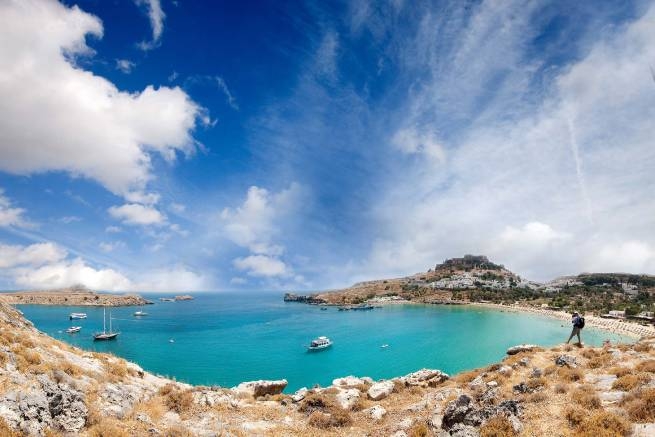 The Greek publication Kathimerini speculates that Greece may well become a victim of its own tourism.

This year, the flow of tourists to Greece is breaking records. However, this could lead to infrastructure overload, damaging the reputation of the Greek tourism industry. Arrivals in Greece in July are astounding, with 14 major airports handling 5.127 million passengers, up 14% from the average July of the record-breaking 2019 and 17% higher than the average for the South East Aegean in the first week of August.

The popular Greek islands are literally crowded with tourists from different countries, and the Greeks themselves are exploring new destinations this year – Naxos, Tinos, the Epirus region. And the islanders rushed to go on vacation, renting out housing or simply leaving their houses empty, in search of a more peaceful place, without such an unprecedented influx of tourists.

Experts already predict that tourism revenues this year will exceed both those planned in the country’s budget (15 billion euros) and the level of 2019 (€18.2 billion). This will bring an additional €2.5 billion to the country’s budget, but… there are problems with the infrastructure. Among them – a huge number of cars and lack of parking spaces. Reviewer Kathimerini comments on the situation as follows:

At the same time, the publication notes that photos of crowded buses on Paros appeared on social networks, which users compare with transport from third world countries. The Greek government often refers to tourism as the “heavy industry of Greece”. For example, not more than 5 days ago, the Minister of Tourism of Greece, Vassilis Kikilias, said that tourism is a matter of national importance, since it represents the “heavy industry” of the country, writes GreekReporter.

By the way, about the heavy industry of Greece on the example of ELBO. It was founded in 1972, and already in 2014 there were rumors that, due to debts, external management would be introduced on it, followed by liquidation. But a year later it turned out that this was a strategically important enterprise, and the liquidation was suspended. The ruin, as it turned out, was caused by the customs policy (regarding the import of used cars). In 2021, at a time when Greece was negotiating arms deals with the United States and France, members of parliament expressed regret that their own defense industry was left without work and closed. But defense agreements were nevertheless concluded.