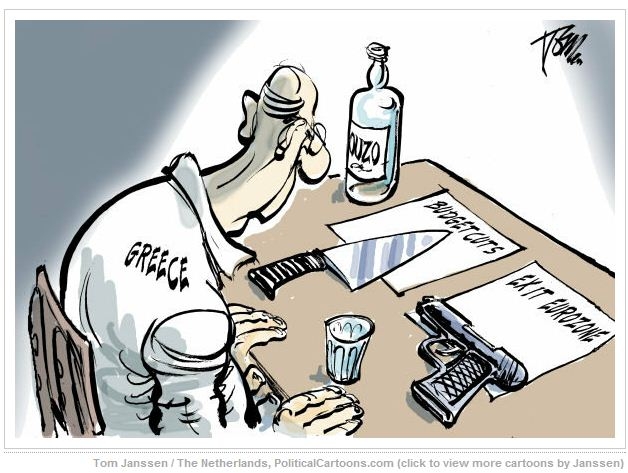 As already mentioned in the previous publication (see Part 2), during the entire twelve-year period of the memorandum (2010-2021), the state treasury received income from expansionary interventions in Greek households and private property (a “haircut” of 137.8 billion .USD 137.7 billion euros in 2012!),

from direct and indirect taxes, from loans (mainly from the financial support mechanism of 167.5 billion euros), from community programs and (minimally) from privatization €989.7 billion. This staggering amount of income seems like a huge feat at a time when the Greek economy was almost dead or comatose. But the absence of real economic measures was artificially taken care of.

In fact, the collection of this appalling amount, which is 300 billion euros more than the corresponding previous period of the alleged “golden age”, was the result of the ingenious inventions of the respective administrators-signatories of the memorandums, with the help of which they “έβγαζαν από τη μύγα ξίγκι” (made money out of thin air), as the angry Greek people say. In other words, they were taking supposedly “saving” measures by which money, which is like blood in the human body, was dehydrated, or rather sucked out of the body of the Greek economy.

After the “weaves” with the triple … cuts
But in addition to these obvious easy tricks, with the help of which they constantly “made money out of thin air”, the channels for directing these resources to non-productive sectors are also alarming, as can be seen from the table below. Let me remind you that during their visits to Athens, the Troika auditors discovered that most of the promised preconditions for receiving “sweet” credit tranches from the support mechanism are not being met, and for this reason they proposed the implementation of the notorious “equivalent measures” (real reforms, privatization , fiscal interventions and proper tax administration, etc.). But since all this had a political price, the usual tactics were used to cut wages and pensions, raise taxes and further bleed households. I note that at that time, the well-known frequent jambs or “frills” that accompanied every visit of the “troika” auditors became a mantra in Europe, while, despite the opposite and irresponsible statements and contrary to the denials of the European Commission, no reductions in pensions and salaries ever not offered, but only austerity.

The nightmare of the Greek pension system is over
Thus, once the notorious contributions were received, the well-known channels for channeling resources to other sectors reopened. The table shows that most of the revenue collected during this period, in the amount of about a trillion euros, was directed to “Γάμο του Καραγκιόζη” (Caraiosi’s wedding – flushed down the toilet)”, that is, sent to a huge unproductive pipeline of grants and subsidies in the amount of 408 .8 billion euros or 41.3% of the total, for public personnel costs (235.2 billion euros or 23.8%), for interest payments (190.2 billion euros or 19.2%, despite to the fact that our country was excluded from the financial markets), consumer spending (71.4 billion euros or 7.2%), which is approximately at the level of the public investment program (84.1 billion euros or 8.5%) It is so called because most of its resources go to consumer purposes, and not to investments, which, moreover, were dormant at that time, as we will see below.

In the same period, another paradoxical (and perhaps the first in the world) phenomenon appeared called “recapitalization of banks.” This is a paradox, and perhaps one of the major economic crimes of the post-independence period, because it involved two diametrically opposed anti-economic, anti-social and anti-growth interventions: they siphoned money out of the economy to give it to banks that were in the same collapse as the Greek economy, but without giving, as I will mention below, almost no euros to the private sector for … investment!

Recall that the first recapitalization of Greek banks (2012-2013) was carried out through the Hellenic Financial Stability Fund (HFSF) and cost about 25.5 billion euros. The second, in 2014, was fully covered by private equity funds worth 8.3 billion euros, which caused a significant devaluation of the assets of HFSF, which was forced to reduce its stake in banks. During the third recapitalization in 2015, private investors covered the banks’ needs for new capital of about 5.3 billion euros (a much lower amount than the 25 billion euros originally earmarked for ESM bank support). I note that in accordance with the commitments made in the adjustment program, HFSF should have aimed to completely exit the capital of banks by 2022 (we are already about the middle of the year, and he is still there). I also note that, based on the report of the European Court of Auditors (ECA), by December 2016, the Greek state had disbursed funds to banks in the amount of 45.4 billion euros, of which, according to the ECA, the Greek state could at best return 8.9 billion euros . Funds received under the three memorandums were allocated to systemic banks for their recapitalization (a total of 31.9 billion euros), and another 13.5 billion euros were directed to the liquidation of other banks that were closed or taken over by the previous ones.

41 billion euros in private asset haircuts for banks
But the disappointment and outrage is also underlined by the depressing realization that, according to the publication of the Bank of Greece “Chronicle of the Crisis: 2010-2013”, out of 137.9 billion euros received from the “haircut” of private property in 2012, 137.9 billion euros were given for the need to recapitalize Greek banks by issuing new debt in the amount of 41 billion euros in 2012. Thus, although this brutal haircut was intended to reduce debt, only 51.2 billion euros out of 137.9 billion euros were allocated for this purpose. In addition, the rest was used for other “flaws”, for example, 11.3 billion euros for debt redemption in December, 16.2 billion euros due to the fact that the decline in the value of bonds owned by the Greek social security funds or others institutions did not reduce debt because they were intra-government debt, €4.5 billion due to debt being owned by the Greek government, €4.5 billion due to debt being owned by Greek social security funds, or to other institutions, €4.9 billion for providing EFSF bonds to insurance funds as compensation for the reduction in payments they suffered, €11.9 billion due to having to borrow to cover the 2012 deficit, and €1.9 billion to cover other government obligations (eg ESM payments, old debt repayments, etc.). Thus, together with these 138 billion euros, a trillion euros was lost! And they were not only wasted, but at the same time (and this is perhaps the first time in the world) Greek households, as we will see in detail in the next note, were paying to become … poorer, unemployed, over-indebted , with excessive taxes and devoid of income…

Table 1: How we “ate” 1 trillion. euro (state budget expenditures by main categories, in billions of drachmas)