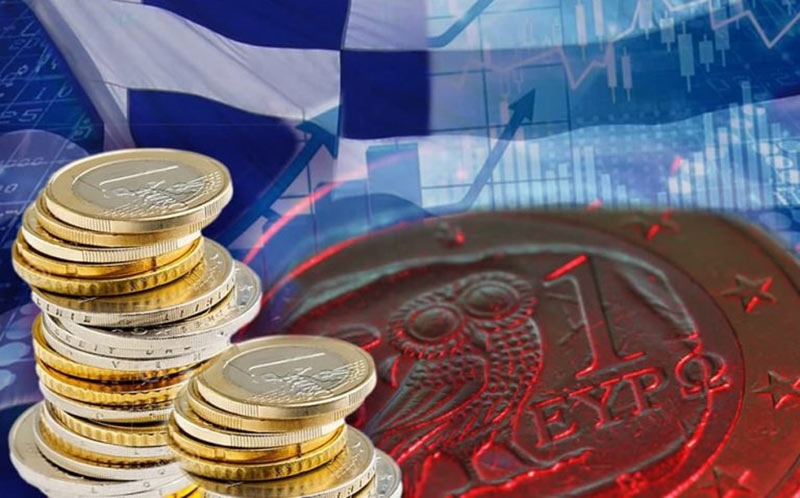 During the period of the memorandum there were four financial interventions with 23 hits on wages and pensions, 2 on the unemployed and one on private property with a wild haircut of 140 billion euros to reduce debt. While, in total, a trillion euros in taxes, loans, EU and privatizations poured into the country.

From data ELSTAT, Eurostat, public budgets, binding medium-term fiscal adjustment frameworks, with unlikely… fantastic scenarios for key economic indicators, the Bank of Greece, the Bank of Greece Chronicle of Crisis publication, the Pensioners Network, books and from my book The Damnation: 1980- 1995″ I briefly listed 26 interventions – against Greek households, with the help of which the state “had” more than 230 billion. The Greek government used it to impose on its citizens a series of “blackmail” policies that cost them over 230 billion euros!

8) Reduction of early pensions by 10% for private sector pensioners.

12) All new pensioners will receive 30% lower pensions, at least due to the new calculation method (Katrougalos law).

15) Reducing pensions by 60% from the first euro for those who work in parallel.

17) Increase in the contribution of all basic pensions for CMPF from 4% to 6%. This measure was introduced in mid-July 2015, applied retroactively from 1/7/2015 and resulted in €532 million in annualized cost savings.

D Six additional abbreviations with the “fourth” memorandum (codification of the network of pensioners):
20) New reductions of up to 18% for basic and supplementary pensions paid from 2019. The innovation affects more than 900,000 basic pensions granted before December 5, 2016.

22) Already…half (since 1/1/2017) ESSP received by low-income retirees will be halved. The goal is to completely abolish the pensioner’s allowance in 2019.

25) The allowance of 200 euros for the long-term unemployed (from the 13th to the 24th month of unemployment) will be reduced and included in the poverty benefit (income supplement so that each person has at least 200 euros per month of income – work or pension and subsidy, but in the case of keeping the house – not a guest).

Additional income from interventions in the framework of agreements on financial resources (memorandums of understanding) is estimated at 90 billion euros. They preferred cuts in wages and pensions (never proposed by the European Commission!) and higher old and new taxes as equivalent measures for their inability and timidity to fulfill their obligations to the Troika!

All these amounts from fiscal, income and other interventions, which are presented in detail in state budgets and, above all, in the mandatory medium-term framework of fiscal adjustment, with hundreds of preconditions and rarely… measures that were well known: cuts in wages and pensions, and tax evasion!) were included in the figures in table 1. The data in this table show that more than a trillion euros (if we add to them data for the current year 2022) in the form of direct and indirect taxes, loans, community funds and meager privatization revenues (I recall that the promises made to Troika in the first memorandum concerned the privatization program in the first phase of the memorandum …. 50 billion euros , but to the surprise of the creditors, each time they found out that these 50 billion euros were only a few … crumbs!).

As can be seen from the same table, most of the resources that flowed into the state treasury during this nightmarish period came from direct and indirect taxes (565.9 billion euros), and this at a time when the Greek economy was suffering from a nightmarish recession, from loans (€204.5 billion), most of which came from loan facility agreements (MoUs), and €50.7 billion from community assistance.

In the next note, I will present data on where and how this trillion euro was “eaten” …

Of this appalling amount, the first in the world for an economy with debt, deep recession and investment apnea, almost half (over 480 billion euros) was directed not to investments, but to consumer or political purposes (grants, subsidies, subsidies and etc.) and to support bankrupt banks.

Table 1: How we “ate” 1 trillion . euro (state budget expenditures by main categories, in billions of drachmas)