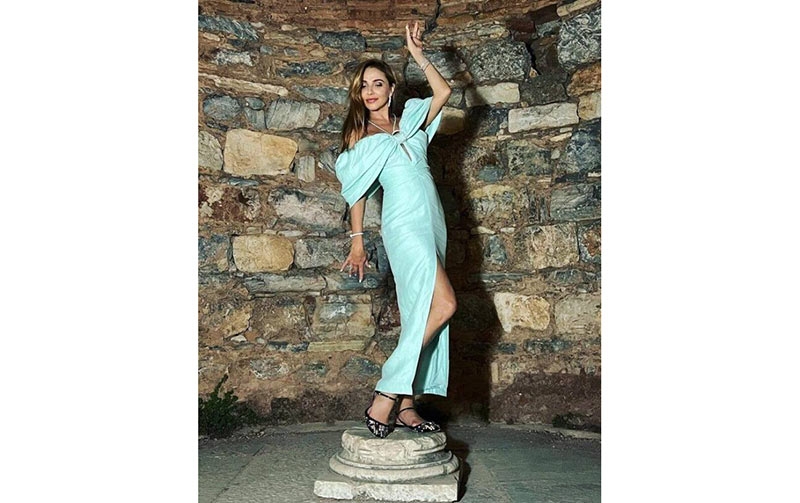 The Ministry of Protection of Citizens of Greece refutes the information that the wife of press secretary Dmitry Peskov came to Greece on vacation.

“Tatyana Navka, the wife of Kremlin spokesman Dmitry Peskov, did not enter Greece, as she is subject to a ban on entry into the Schengen countries,” the ministry said in a statement after the video was published.

“Breaking dishes is part of the Greek nightlife. It’s an attraction for me,” she said in a related video that she posted on social media. In the second post, she posted a photo with the caption: “Athena, Artemis, Venus?” and invited her subscribers to “decide which of these goddesses she is.”

The wife of Dmitri Peskov, Putin’s spokesperson and warmonger, is in Greece right now, enjoying her European summer vacation.

The Ministry of Defense of Greek Citizens claims that “the images of T. Navka presented on social networks were made in another country.” Nevertheless, it is reported that Navka went on vacation to Turkey and from there on a sightseeing boat arrived in Greece. Where she visited the tavern and heartily “beat the dishes.”

Some Russian media, not knowing Greek customs and traditions, presented the “fact” that in Greece Navka began to rage in a tavern and break dishes. Having supplied the “fried fact” with the corresponding video.