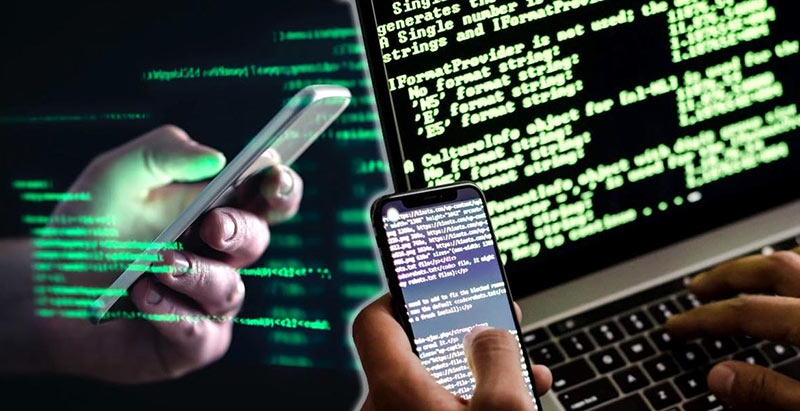 With the start of the debate in Parliament over the unprecedented scandal with cell phone interceptions of politicians and journalists, the Mitsotakis government will have to come up with answers that won’t convince anyone from the start.

According to the Greek edition “ToVima“, the Intellexa company, through which the Greek authorities, according to the head ΕΥΠ“purchased” Predator, does not sell program code, rather, it rents out software, limiting the number of possible targets (requiring additional payments each time a target is identified and approaches it) in order to earn more.

It also limits the location of targets to avoid political scandals like the Khashoggi case” (there were allegations that a Saudi journalist was tracked using Pegasus mobile phone software before he was brutally murdered in the Saudi Arabian embassy in Turkey).

This claim was made on July 15, 2022 by one of the sellers of the suspected Predator software through Intellexa SA, based in Greece. With this software, an attempt was made to eavesdrop on the phones of Pasok-KINAL President Nikos Androulakis and journalist Thanasis Koukakis, almost in parallel with the surveillance of them by the National Security Service. Recall that this is the largest semi-state mechanism for listening and monitoring mobile phones in the history of Europe.

Intellexa SA is run primarily by Israelis, but also by Greek citizens, some of whom are said to have direct or indirect contacts with political figures or Greek officials. Edition “Βήμα της Κυριακήςreveals dozens of “secret” emails that appear to be linked to a controversial interception system.

They contain explicit references by Predator “operators” to how suspicious software works and how it was made available to governments and beyond. With special emphasis on precautions to prevent unwanted leaks. It turns out that the Greek-based company promoting it has also created a new similar mobile phone trap product in recent days, codenamed “Nova/Helios” (i.e. using the Greek word).

And this despite the fact that since last spring there have been revelations about the suspicious use of Predator in spying on journalist T. Kukakis. Which doesn’t seem to bother Greek software administrators.

At the same time, new information is emerging about ΕΥΠ surveillance of Nikos Androulakis in the fall of 2021. According to the court officials, who are aware of the data on the circulation of the corresponding document with a request to spy on the president of Pasok-KINAL, it contained no more, no less than six signatures of the leaders of ΕΥΠ!

The story continues to circulate that Mr. Androulakis was being monitored at the request of countries such as Ukraine and Armenia because of contacts Mr. Androulakis allegedly had with pro-Russian Chinese officials. Armenia and Ukraine, however, rejected such a request. Someone is lying: either the government or these countries.

It also analyzes the role of Intellexa SA, which is based on Vouliagmenis Avenue and Chalandri.

As the seller says to convince a potential private buyer: “I will send you my number, send me the link. I will click on it and he will record all the conversations, and I will send them here (i.e. in an email) as proof” .

I will add: “I do not sell Pegasus (similar software) from the Israeli company NSO (Q CYBER TECHNOLOGY), but I sell Nova/Helios software, which is a newer (now upgraded) Predator, spyware from Cytrox, a company purchased Intellexa: Intellexa is an NSO competitor in this market, I sent you, if you’ve read it, a purchase offer that we submitted to the government (not mentioned in the letter), which also describes how the software works.

The said Predator seller subsequently noted in an email (part of which was leaked to the so-called “dark web” – Darkweb) that he did not send him the relevant documents. According to him, this is because he does not want to risk disclosure and ensure “secrecy” in the distribution of the product. Adding that “he is ready to give a demonstration of the product to anyone who wants to buy it …”.

Significantly, it was added that on July 15, 2022, probably the same representative-seller of suspicious software found in our country, in another letter describes and defiantly indicates:

“I’m not selling a simple Android program, but an electronic Trojan horse that is installed with a simple mouse click by the victim. It was invented to fight terrorism and has numerous achievements in bypassing passwords and being able to access any mobile device.

If the price seems a little high and exorbitant to you (there are reports of costs ranging from 10 to 50 million euros), I suggest that you familiarize yourself with the commercial proposal that we sent to the government (again, it is not specified who it is), where the use was restricted in the country a certain number of users, and the price was 10 million euros.”

Under the electron microscope, the phones of members of parliament

As for the rest of the data in the wiretap case, if one checks the specific allegation of “six signatures on the surveillance of Mr. Androulakis”, it can be shown that formally there was legitimacy and “consent” within ΕΥΠ to wiretap the phone of the President of PASOK with the consent of the heads of departments and separate departments of ΕΥΠ. Noting, however, that ΕΥΠ’s operational sub-commander did not appear to be aware of the request and did not sign it.

It also remains an open question whether among these signatures was the signature of a seconded employee EL.AS., head of the ΕΥΠ Organized Crime Service, who hurriedly left the intelligence services in the last 24 hours and was transferred to the Attica security service.

The PASOK side raised questions about whether there were other instances of surveillance of political figures and whether the wiretapping of Androulakis’ phone was a move that had been repeated in the past and not treated as a special case.

It is possible that the opposition parties will demand to study the entire phone list of MPs and MEPs to find out if they were “targeted” by the secret services or legitimate interception systems of the National Police. And this can be done either through ADAE, which is now creating a corresponding electronic phone privacy release file for the last few years, or through checks in EAP, EL.AS. and mobile phone providers.

However, the wiretapping incident raises the additional question of why and how a “parallel” surveillance attempt was made on Mr. Androulakis’ mobile phone and illegal Predator software, politicians said.

And this is through the same misleading SMS link through which, a few weeks earlier, data from the mobile phone of journalist Tanasis Koukakis was intercepted, which was also monitored by the “legitimate” National Security Service interception system.

Questions are rising after it was discovered that the Predator makers had created 50 misleading Greek links to informative press about cars and so on through the Czech Republic. Perhaps this testifies to the breadth of coverage of the many “targets” for which they intended to set traps in our country. In addition, according to the results of research by Google and other Internet structures, there is an assumption that Predator tried to intercept the mobile data of at least 10-15 people in Greece..