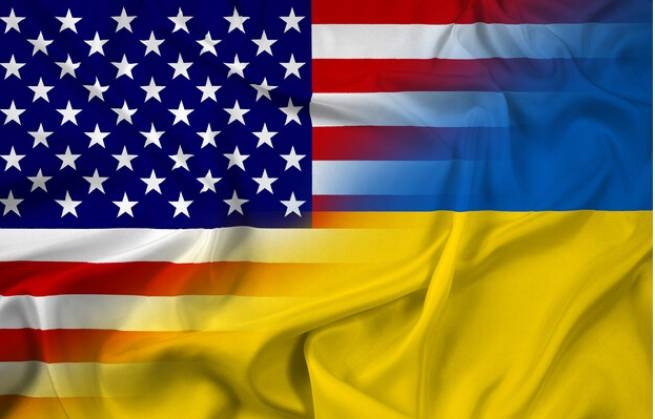 administration of President Joe Biden to provide Ukraine with everything necessary for a military victory over Russia, in particular, missiles with a range of 300 km for HIMARS systems, writes Air Force.

They note that the decisive moment is coming in the war of the Russian Federation against Ukraine, and the vital interests of the United States are at stake, among other things. Appeal published in The Hill.

The authors of the appeal note that the Biden administration was able to quite successfully unite US allies in order to provide Ukraine with significant amounts of military assistance. However, it has not yet been possible to formulate a sufficient strategic narrative for governments to maintain public support for NATO participation in the process in the long term, the signatories argue:

“By providing enough assistance to stop the front line, but not recapture the territories captured by Russia, the Biden administration may inadvertently “wrest defeat from the jaws of victory.” Due to excessive caution in order not to provoke an escalation by the Russian Federation (conventional or nuclear) we are, in fact, ceding the initiative to Russian President Vladimir Putin and reducing the pressure on Moscow, which should make it stop its aggression and seriously want negotiations.”

They point out that the Kremlin’s imperialist war is not only unacceptable from a moral point of view, since it is about genocide, actions aimed at destroying Ukrainians as a political nation. But it also poses a clear threat to the security and welfare of the United States. The experts emphasize:

“American principles and interests require a strong response – enough to force the Russians to retreat as close as possible to the February borders and make the price of war “expensive” enough to deter the Russian Federation from a third invasion. Now that Russian troops are trying to regroup in the east and prevent Ukraine’s attempt to retake Kherson in the south, Ukraine’s allies must remove all obstacles by giving Ukraine the tools it needs to gain an advantage. cause even more harm to Ukraine, and not only.”

According to the signatories of the open appeal, so far neither the Biden administration nor the European allies have been able to clearly define in public messages why helping Ukraine is so important for the US and the West. First of all, this is important because Putin pursues a revisionist foreign policy and wants to undermine the rules-based security system that provided stability in the US and the world, and allowed for conditional prosperity after World War II. They make compelling arguments:

“As Russian officials have repeatedly made clear, if Russia gets its way in Ukraine, then our allies in the Baltics and other countries in the region are at risk. The United States and NATO, this time has already come, and this place is Ukraine, a large country whose population is aware that has the choice of either defeating Putin or losing its independence and even the ability to exist as a separate, Western-oriented nation.With the right weapons and economic support, Ukraine is capable of defeating Russia.And if that happens, our military is less likely to take risks with their lives, protecting allies under US guarantees, who are also threatened by Russia.”

According to experts, ex-military and former diplomats, Putin’s defeat can be considered a scenario when Ukraine survived as an independent and economically viable country:

“That means a Ukraine with secure borders, including Odessa, a large part of the Black Sea coast, which has a strong, well-armed army, as well as a real cessation of hostilities. The best option is for Ukraine to return all territories seized since February 24 and lands that Russia took from it in 2014, including Crimea, such a peace is possible only when Putin realizes that he has suffered a clear defeat and can no longer achieve his goals of taking control of Ukraine or any other state by force.”

The defeat of Ukraine – and the United States – in their opinion, can be considered a scenario if the West (in an effort to end the hot phase of the war as soon as possible) pushes Ukraine to give up certain territories in exchange for a ceasefire, as a result of which the situation will repeat itself, as after 2008 in Georgia. Then the West “swallowed” Russian aggression, and at the same time it will be impossible to force the Russian Federation to actually observe the truce and not encroach on new territories. They remind that after Minsk, more than 10,000 Ukrainian soldiers were killed in low-intensity hostilities, dozens and hundreds of shellings from the Russian Federation were recorded every day:

“The truce will not end Russian aggression or occupation of Ukrainian territories – it will simply give the Kremlin breathing space to consolidate its gains and resume the offensive again. In addition, the majority of Ukrainians, according to recent polls, are against any territorial concessions in exchange for a ceasefire. This scenario also dooms millions of Ukrainians living under a regime that has committed numerous war crimes, whose officials and media are calling for the “de-Ukrainization” of Ukraine, are already resorting to forced Russification, including the illegal forced deportation of about 400,000 Ukrainian children to Russia for adoption. These actions prompt a growing number of scholars to describe such a policy of the Russian Federation as genocide”.

The signatories note that Russia seeks to seize as many territories as possible, organize pseudo-referendums for annexation, and is also trying to split the unity of the West in the issue of supporting Ukraine. It uses gas blackmail before the approach of winter to do this, creating threats to global food stability, which can also hit the countries of the West. Experts note:

“For all of this, Russia needs time… The Biden administration needs to act faster and more strategically in responding to Ukraine’s requests for certain types of weapons. And when the decision is made to provide more complex systems – like HIMARS – they need to be given in greater numbers to achieve the maximum result. on the battlefield.Ukraine needs long-range systems to disrupt the Russian offensive, in particular logistics, fuel and ammunition, which means that the United States must provide ATACMS missiles with a range of 300 km, which will allow you to hit Russian military targets anywhere in Ukraine including Crimea.

It is also necessary to take care of the stable renewal of stocks of ammunition and parts for artillery systems, given the variety of modifications presented by different countries. The Armed Forces of Ukraine are also in need of short and medium-range anti-aircraft weapons, given that Russia is increasing the number of drones and is trying to get more from Iran.

The signatories strongly disagree with the Biden administration’s concerns that certain actions could be too provocative for Putin and that, as national security adviser Jake Sullivan said, the White House wants to “avoid World War III.” According to experts, although the Russian Federation has repeatedly resorted to nuclear threats, it must be remembered that the United States is a nuclear state, and it would be a strategic mistake to believe that nuclear deterrence no longer works. They note in the conclusion of their appeal:

“Putin benefits from threatening nuclear war, but not initiating it. And we have seen that the Kremlin has already resorted to nuclear threats that have ended in nothing – as in connection with the entry of Finland and Sweden into NATO. If Putin is allowed to intimidate us about helping Ukraine with weapons, to stop Russian revisionism, what happens when they start brandishing a nuclear warhead again on the topic of the Baltic states?Why does the administration think that Putin will not dare to do this against Estonia or Poland if the tactic works in Ukraine?The stakes are for us, our allies and Ukraine are very clear. Don’t fool yourself. You might think that every day that we delay providing Ukraine with the weapons it needs to win, we are avoiding a confrontation with the Kremlin. On the contrary, we are increasing the likelihood that we will face this danger again in another less favorable terms.A smart and prudent approach is to stop Putin’s aggressive intentions towards Ukraine, and do it now, when this can really make a difference.”

The petition was signed by:

Ambassador John Herbst, former Ambassador to Ukraine and Uzbekistan; Senior Director of the Eurasian Center of the Atlantic Council.

Lieutenant General (retired) Ben Hodges, former commander of the US Army in Europe.