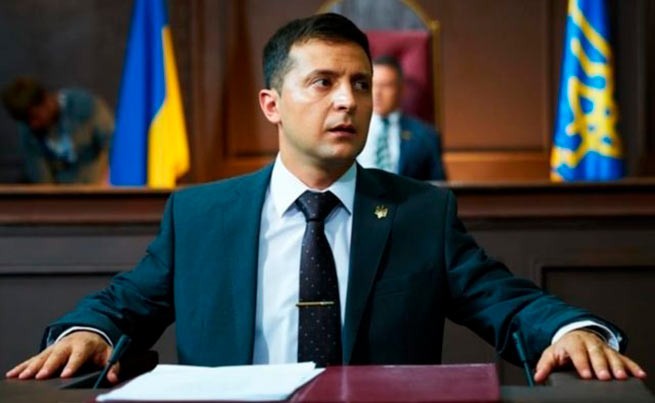 The well-known Greek journalist and publicist Stamatis Georgoulis wrote a book called “33 Questions about Ukrainization”, in which he considered, from the point of view of history, the causes of the current war in Ukraine.

With the kind permission of the author, “Athenian News” publishes a translation of selected chapters (questions) from the book. Those wishing to purchase the full version of the publication in electronic form can do this. on link.

One of the most important crises of the 21st century, the Russian intervention in Ukraine in February 2022, will rock international relations for a long time to come. This event is recorded as a turning point in international tensions and especially in relations between the two superpowers, the escalation of which leads to extreme situations.

Economic measures in the form of sanctions imposed by the West against Russia in connection with the Ukrainian issue do not seem to have had a significant impact on Russia, whose resilience was unexpected for the West.

The great danger of a crisis in the event of this war is the use of nuclear weapons at a time when the political fever of confrontation is sharply increasing. However, at the moment, realistic politics completely prevails, and this scenario is finally removed from the horizon of possibilities.

At the same time, the de-escalation of military strikes by Russia in violation of international law, with its claims that its national security is under threat, does not seem to be well received by the West.

However, there are voices criticizing Ukraine’s stance on international humanitarian law for using schools and hospitals as camps, prompting Russian backlash and hundreds of deaths. At the same time, according to the Amnesty International report, Ukraine uses civilian facilities, including schools and kindergartens, to house the military, thus violating the civilized rules of war.

Be that as it may, the Ukrainian crisis is becoming the main crisis of perhaps centuries, and humanity is going through it with bated breath. When this war is finally over, things will never go back to the way they were before.

As a result, the international community will completely separated. Sovereignty and national independence will be called into question, which will cause serious damage to international law. The West, firm in its values ​​of democracy and national independence, will test its strength with the growing influence of NATO, gradually spreading to all former socialist countries and Soviet republics, as well as to independent Western countries that were under its catalytic influence and leadership, such as, for example, Finland, which has lived in a regime of Russian-controlled influence for more than 70 years, and minimally controlled Sweden, which openly join NATO, applying for membership status, while the reaction of Russia to what is happening is very sharp.

Thus, this war showed how lonely Ukraine is, which for Russia has a double meaning. First, as the number two old Soviet socialist republic, closely linked to today’s Russia, it is a kind of suis generis for it and, as such, must remain hooked to the Russian chariot of political choice, since for Russia it remains the key pillar of its security and existence. .

Second, any attempt to draw Ukraine into the Western institutions of the European Union and NATO will result in Russia facing negative economic consequences, especially the fact that Russian gas will be the main problem of every home in the run-up to winter, especially in the West.

This translates into a “Ukrainization” of the “Finlandization” type of international relations, a key component of the Cold War that shook the world for about seven decades and tends to grow into the main political problem of our time. Which is the subject of this book in the form of 33 questions and answers that attempt to shed light on the darker aspects of fratricidal warfare, the causes of which remain obscure to this day.

On the other hand, China, as the emerging superpower of the 21st century, is trying to assert itself by adopting a tactfully neutral but blatantly pro-Russian stance, while its threats to annex Taiwan and claim island clusters in the maritime vicinity are timeless. His influence on the African continent is also unrivaled, as he has flooded African markets with economic projects, making him dependent on Chinese interests. From this crisis flows the role of Turkey, which is trying to impose its stamp as an emerging key regional power in the sensitive geopolitical region of the Black Sea and the Eastern Mediterranean.

Therefore, this book attempts to shed light on the complex conflict Russian-Ukrainian relations of the last millennium, as the focus of East-West relations, which have always been difficult, but today have become one of the most intractable crises of the century due to the fierce involvement of an international factor, namely United States of America, NATO and the European Union on the one hand and Russia on the other.

Question 3 – VLADIMIR ZELENSKIY: A VIRTUAL OR REAL SERVANT OF THE PEOPLE ACCORDING TO THE SCENARIO OF THE TV SERIES OF THE SAME NAME?

“The real is a product of fiction. The faces, names and situations are fictitious, and any resemblance is coincidental and not true.”

In English, the above principle is stated as follows: “This book is entirely the product of the author’s imagination. All names, characters, places and events appearing in it are fictitious. Any resemblance to real events, places, organizations or individuals, whether living or dead, is completely random.

This standard has been adopted for fiction and cinema from the 1950s up to the present day, since without exception, films used these words as an end caption to avoid possible compensation in case of accusation of defamation by any citizen without his consent if the action accidentally (or not accidentally) coincided with a real name or events. It is well known in film history that MGM paid a very high price for their film called “Lost Splendor: An Amazing Memoir of the Man Who Killed Rasputin“). In it, the alleged killer of the notorious Rasputin, Yusupov, the husband of Tsar Nicholas’ niece, managed to win a case on behalf of his wife, who was allegedly raped, receiving £ 100,000 in compensation from the London court in 1934, as restitution damages from MGM, which forced them to withdraw the film from distribution.

But no film wants to use this inscription, which evokes the only originality in the world. Such a film, of course, could be a widely publicized film that elevated President Volodymyr Zelensky to the highest post of his country under the name “Servant of the People”, in which, instead of captions, one could write at the end of the subtitle (credits) of the film, faking world standards the following: “The real is not a product of fiction. Faces, names and situations are not fictitious, and any resemblance is not accidental, but corresponds to reality.“. The premiere took place on October 16, 2015. The film tells the story of Vasily Petrovich Goloborodko (Vladimir Zelensky) at just over 30 years of age. As a professor of history, Vasil wins the elections President of Ukraine after harsh criticism of the government for corruption in Ukraine. Vladimir Zelensky, an actor by profession and producer of the series, after airing 51 highly rated episodes, on March 31, 2018 founded the party of the same name with the exact same logo used in the series, and won the presidential election. According to the plot of the film, a student uploads a video of her sharply criticizing the government and uploads it to YouTube, where it goes viral, i.e. the first topic in social networks. All citizens support Vasily’s outbreak and start raising money for his campaign to become president. And, to everyone’s surprise, he is elected by a large margin!

Frame from the film Servant of the People. Starring V. Zelensky.

“Servant of the People” follows Vasily in his new life as President and shows how he handles the expectations not only of the nation, but also of his family and friends. Vasily does not want anything to change in his life. He wants to stay his own, live in his own apartment with his parents, borrow money from friends at the end of the month, and bike to work. So everything was predicted in the film and nothing was accidental, because everything eventually turned into a living reality. The only problem that the film failed to foresee was what would become of the servant of the people if a bloody war broke out that would present him and his people with a vital dilemma of life or death? Will its president become a victim to save his people?

In this hypothetical case, stating/leading the end subtitle “This is a work of fiction. The faces, names, and situations are fictitious, and any resemblance is coincidental and not true” is applicable, since he is now the most powerful person in the country. Will he succeed in this task or will he be destroyed by the dark forces that seek to crush his people, to whom he has sworn an oath of honor to remain eternally and endlessly faithful to his true servant? Most importantly, after the tragic events of the Russian invasion, the film was picked up by the world’s leading television media, including the Greek TV channel Antenna, proving that it is life that writes the most attractive scenarios captured in television films, even if they have low ratings in many countries.

ANSWER: It is likely that the President of Ukraine would not have gained power if the successful TV series Servant of the People, in which he was the main character, had not been shown. Will he remain so in an extreme scenario of hostilities that threaten to reduce the national independence and integrity of his country to ruins? In any case, the international outcry from the film, combined with the incomprehensible outcry to Westerners from the Russian invasion, made President Zelenskiy an international television political star.

About the author: Stamatis XP. Georgoulis is a Doctor of International Law at RARIS-XI University. He taught and lectured at the Higher Military Educational Institution (Α.Σ.Ε.Ι) of the Evelpis Military School, the Democritus University in Thrace, the National School of Public Administration, the School of National Police Security and the School of Naval Warfare. Represented Greece on electoral missions as an international election observer in Ethiopia (1992) and Cambodia (1993) at the United Nations, South Africa (1994) and Mozambique (1994) at the European Union and Albania (1997) at the Security Organization and cooperation in Europe. He represents Greece on the Local and Regional Democracy Committee of the Council of Europe. He is a member of the Hellenic Society of International Law and International Relations and the European Society of International Law. He has published over 30 books and monographs, as well as hundreds of articles in Greek and international journals.