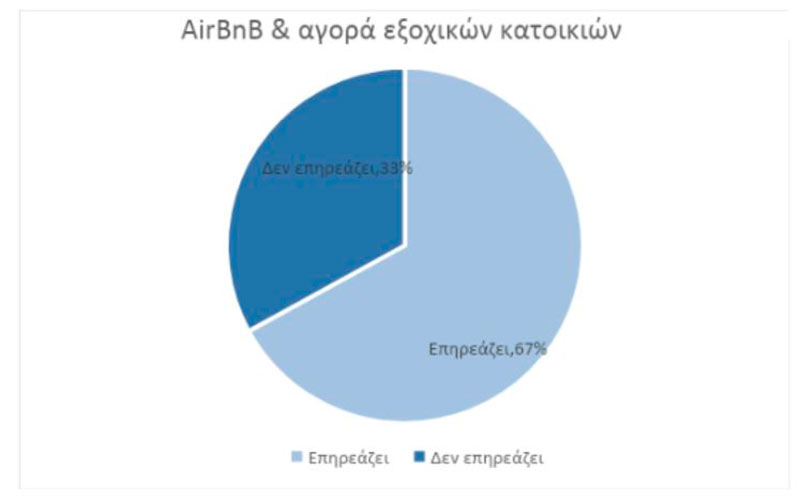 Growth is strong in the Greek holiday home market, which so far appears to have been only marginally affected by the war in Ukraine and inflationary pressures.

In addition, significant support is provided by pensioners from Northern Europe, who “vote” for Greece after retirement. The country’s good performance in the tourism sector and low prices compared to other Mediterranean countries provide significant support to the holiday home market.

These are the results of a related study by RE/MAX, which also notes that the pandemic has been a catalyst for this market as a new need has since arisen for homes where one can work in peace. The survey also shows that infrastructure projects that make it easier for owners to access their holiday homes are an important factor in choosing a location.

Notably, when it comes to property prices in tourist areas, Mykonos is the champion, followed by Paros and Santorini.

AirBnB and the Vacation Home Market
Interested parties are looking for opportunities to acquire real estate with the aim of creating hotel units, acquiring Golden Visa and operating them through short-term leases. According to 67% of RE/MAX Greece offices, mainly in city centers and on the Greek islands such as Mykonos, Naxos, Santorini, Paros, Chania, Corfu and Kefalonia, the latter seems to have a significant influence on the decision to buy a house for relax.

Tourist property income
The highest rate of return on tourist property across the country is found in Southern Greece, the Cyclades and Crete (7%), followed by Northern Greece (6%) and the Ionian Islands (5%). 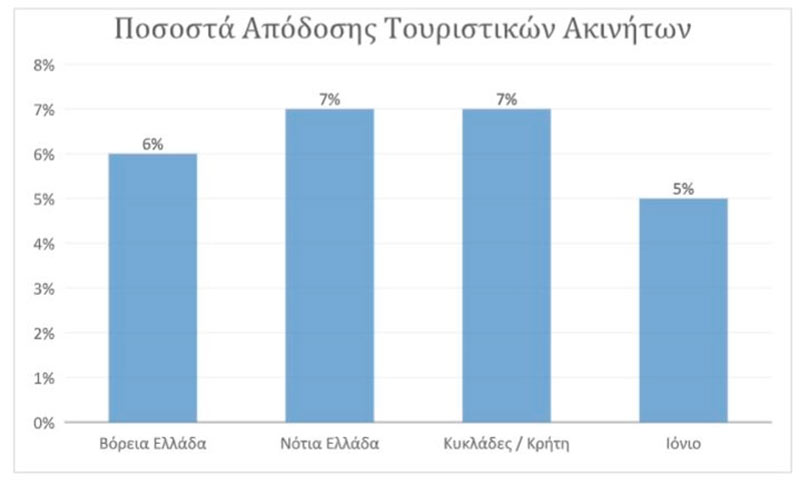 Sales prices of real estate in tourist destinations (2021)
Mykonos is the tourist area with the highest house sales prices (7250 €/sqm), followed by Paros and Santorini with an average sale price of 3450 sqm. and 3250 sq.m. respectively.

In Crete, despite the popularity of the island in terms of tourism, the level of property prices is not so high, and there are no big discrepancies between the areas of Chania, Heraklion and Rethymno.

In terms of the Ionian Sea, Corfu, Kefalonia and Lefkada are roughly on par in terms of average residential property asking price. While in mainland Greece, such attractive tourist areas as Halkidiki, Volos and Kalamata, real estate sales prices are 1583 €/sq.m., 1700 €/sq.m. and 1950 €/sq.m. respectively. 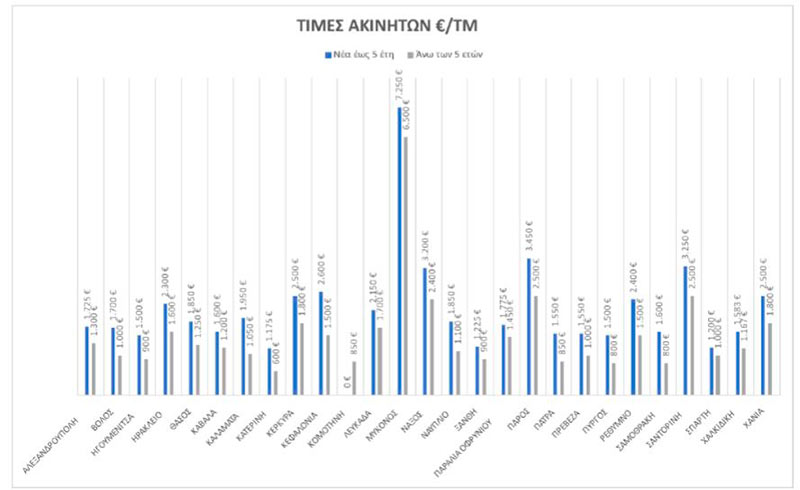 In more detail, real estate prices (new and older than 5 years) by tourist areas are as follows: 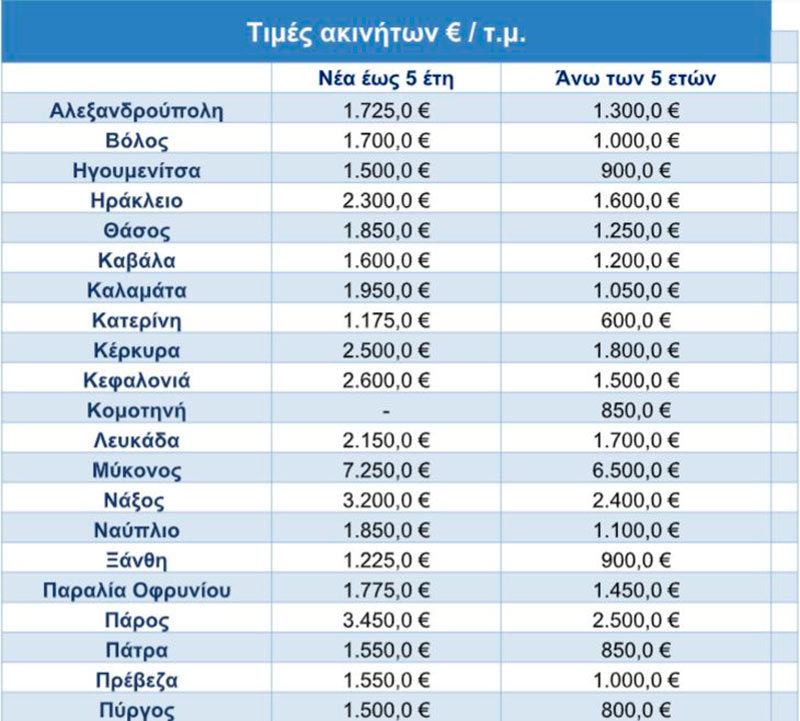 Countries where buying interest is shown
The nationality of those looking for holiday homes in Greece varies from region to region. According to the same poll, in Northern Greece, Germans are in first place, and in Southern Greece, Israeli citizens. 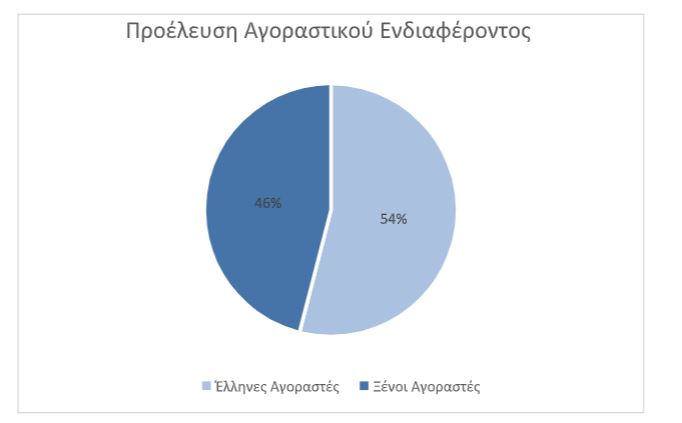