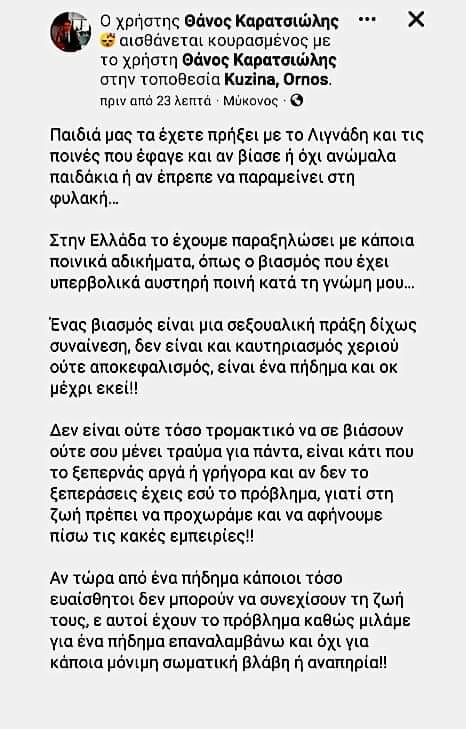 Lawyer Thanos Karathiolis has issued new obscene and scandalous statements in yet another attempt to whitewash juvenile rapist Dimitris Lignadis.

In his post on FB, which he then hastened to delete, he referred to the victims of the rapist D. Ligandis, describing them as abnormal, and gave the concept of rape a scandalous definition. As Mr. Karathiolis characteristically put it: “Being raped isn’t all that scary, and it’s not forever. Rape has an unduly severe punishment, as it is “non-consensual sexual intercourse”, it is not cutting off a hand or decapitation.” 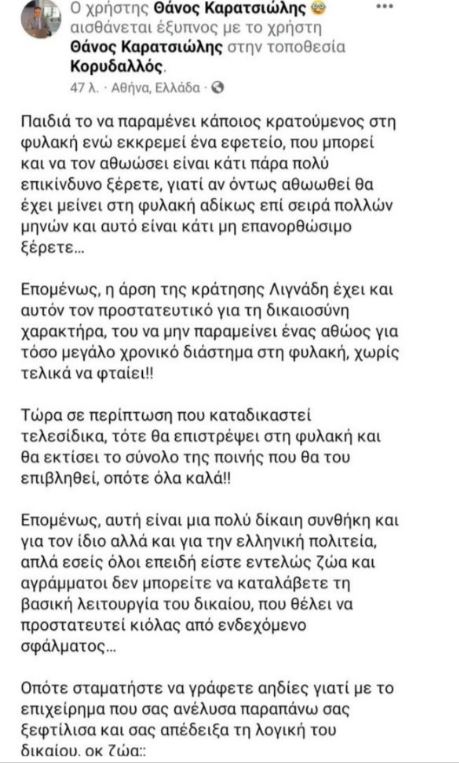 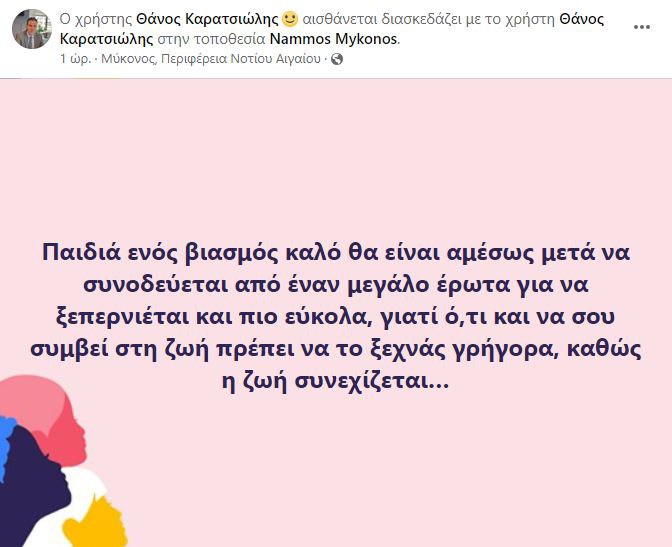 At the same time, he pointed to the victims of rape, laying the blame on them if they did not forget what happened:“If you don’t get over it, you will have a problem”.

PS Am I the only one who has the feeling that LGBT++ people are slowly seizing power in the country? And for their own they already have “their” justice.

What do you think it signals baptism gays in Vouliagmeni and the release of Lignadis for the institutions of the Church and justice?