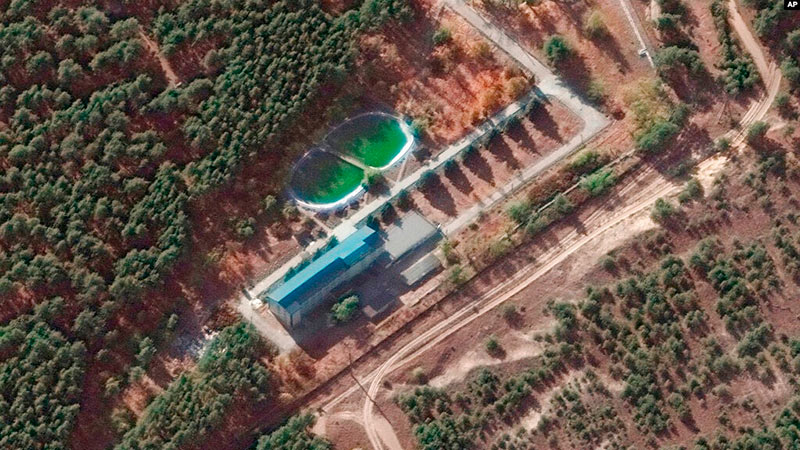 New UN report showed that the armed forces of Ukraine are carrying baboutmuch of the blame for the attack on the nursing home, which put vulnerable residents in the line of fire.

Two weeks after Russia’s invasion of Ukraine in February, Russian troops attacked a nursing home in Staraya Krasnyanka, about 580 kilometers southeast of Kyiv.

Dozens of elderly and disabled patients, many of whom are bedridden, are trapped inside without water or electricity.

The March 11 attack caused a fire that spread throughout the facility, suffocating people who were unable to move.

Ukrainian authorities blamed the attack on Russian forces, accusing them of killing more than 50 vulnerable civilians in a brutal and unprovoked attack.

However, a new UN report says that the Ukrainian armed forces bear a large and perhaps equal share of the blame for what happened in Staraya Krasnyanka, which is about 580 kilometers southeast of Kyiv. A few days before the attack, the Ukrainian military took up positions inside the nursing home, effectively turning the building into a target.

At the same time, in response to the calls of the management of the institution for evacuation, the leadership of the military stated that the district was mined and evacuation was impossible.

At least 22 of the 71 patients survived the attack, but the exact death toll remains unknown, according to the UN.

The report by the Office of the UN High Commissioner for Human Rights does not conclude that Ukrainian soldiers or Russian troops committed a war crime. But it says the battle at the nursing home symbolizes the Human Rights Office’s concerns about the possible use of “human shields” to prevent military operations in certain areas.

This image from Maxar Technologies shows a nursing home in eastern Lugansk Oblast, Ukraine on October 13, 2021.

The UN is concerned about the use of “human shields”

A report by the Office of the UN High Commissioner for Human Rights said that the battle at the nursing home indicated his concerns about the possible use of “human shields” to prevent military operations in certain areas.

The report says that as fighting approached the nursing home in early March, its leadership repeatedly asked local authorities to evacuate residents. But evacuation was not possible because Ukrainian forces were believed to have mined the area and blocked the roads.

On March 7, the Ukrainian military entered the nursing home. According to the UN, two days later they “engaged in a firefight” with Moscow-backed separatists, “although it remains unclear which side fired first,” the report said. During this first exchange, no staff or residents were harmed.

On March 11, 71 residents and 15 employees remained in the building without access to water or electricity. The report said that Lugansk separatist forces, which the UN calls “militia linked to Russia,” attacked with heavy weapons that morning. “The fire started and spread throughout the nursing home as the fighting continued,” the UN said.

A correspondent for the state news channel Rossiya-1 gained access to a war-torn house after the battle and posted a video on his Telegram account in which he accused Ukrainian soldiers of using “helpless old men” as human shields.

While opposing sides blame each other for the Staraya Krasnyanka tragedy, the grim reality is that much of the war in Ukraine is fought in populated areas, increasing the likelihood of civilian casualties.

More than 10,000 civilians were killed or injured in Russia’s war against Ukraine by early July, according to the UN, mostly as a result of the use of explosives in residential areas. Of the 4,889 civilian deaths, 335 are children. At the same time, the organization does not exclude that the real figures could be much higher.