Early Saturday morning, the owner of a gas station in Gerakas, northeast Athens, was gunned down with a Kalashnikov assault rifle. The killers have clearly seen enough of American mafia fighters.

The 38-year-old victim came to bulletproof bmw to your gas station on Marathonas Avenue around 8 am. When he got out of the car, a white van pulled up to the gas station, several people jumped out and literally riddled the owner with automatic weapons, while most likely the fourth, the driver, remained in the van, media reported.

The victim died on the spot, police found at least 20 shell casings at the crime scene. The killers immediately fled. It is reported that the security cameras at the gas station for an unknown reason “failed”. However, the van was filmed by another CCTV system as it left the scene of the murder.

Some time later, a charred white van with weapons inside was found a few kilometers from the scene. A local resident called the fire department, who informed the police. This is the traditional method of Greek bandits to cover their own tracks from a vehicle. 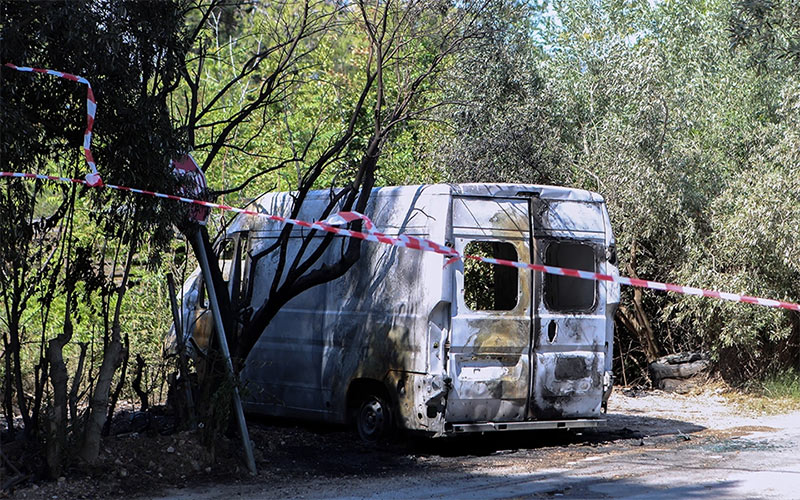 It is assumed that the criminals fled on motorcycles. The police launched an investigation.

The first estimates speak of a settling of scores between organized crime groups. State broadcaster ERT linked the murder even with the execution Greek mafia boss and notorious criminal Giannis Skaftouros Easter Monday at the end of April.

In a written statement circulated in mass media, the victim’s father said his son was killed because he refused to pay “protection money” to fuel-trafficking criminals. The father, also a businessman in the fuel sector, claimed, among other things, that “dirty cops know who gives orders to settle scores and who is in charge of organized crime.”

The media reported that the victim was known to the Hellenic Police Department, which handled “extortion” cases.