The scandalous image of a tank loaded with looted items appeared at the end of May and accidentally caught the eye of the owner of the items, a resident of the city of Popasnaya.

Alina Korenyuk is a Ukrainian refugee. Together with the children, she left her hometown on April 8 and stayed with a British couple in Nottinghamshire, says Air Force. Recognizing her belongings in the photo, she exclaimed: “That’s my boiler!” Apparently, they were stolen from her house by soldiers. The woman says that the box shown in the photo contains a new boiler, which she planned to install even before the war, and other things of hers nearby.

In a picture taken by a REUTERS correspondent in late May, a tank drives past bombed-out houses in the town of Popasna, Luhansk region, where Russian forces have been in control since May 8. According to Alina, the photo was taken on the street just a five-minute walk from her house.

In addition to the boiler, she recognized a tablecloth from the family summer house, a red blanket, and new children’s sheets with pictures from Disney cartoons. Alina Korenyuk says that something is covered with bed linen, perhaps a TV or other equipment left in the house. She is not surprised by the theft:

“We knew that they would steal what they did not destroy. We were told many times that the houses in Popasna would be looted.”

Now Alina, a police officer and former child psychologist, lives with her daughters, 12-year-old Christina and 8-year-old Olga, in the small English town of Southwell, in Nottinghamshire. Fleeing from the war, they arrived there as part of the British government’s “Houses for Ukraine” program. The British family that took them in was one of the first to take part in this program.

The Koreniuk family left Popasna on February 24 when the Russian invasion began. The shelling of this area has also begun. They left light, taking almost nothing with them. Alina’s grandmother, her mother and husband are still in Ukraine, but not in their home, but somewhere relatively safe, where they don’t shoot day and night. 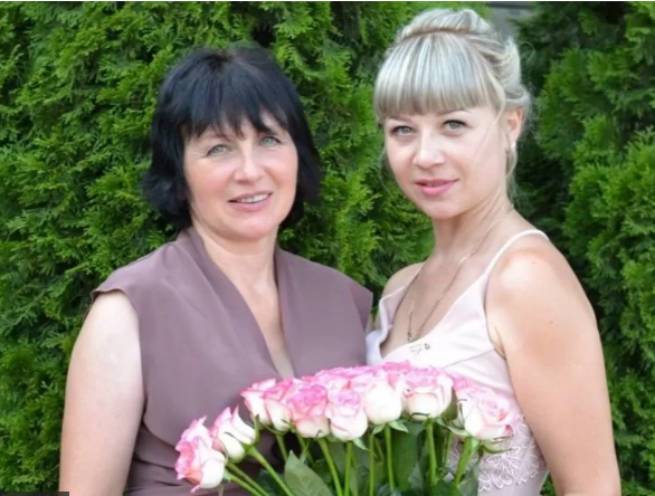 Photos before the war. Alina Koreniuk with her mother.

This is not the first time that Ukrainians have spoken about the looting of Russian soldiers. Many residents of the occupied territories of Ukraine have already complained about this. And earlier, our publication talked about the investigation into the activities of the CDEK company (Russian operator of express delivery of documents and goods), which discovered an anomalous “explosion” in the activity of shipments, which coincided with the outbreak of hostilities in Ukraine. The monitoring was carried out by “Mediazona” in 13 cities located in the area of ​​the border line of Ukraine with Belarus and Russia.

The data obtained show: 58 tons of parcels sent from the borders with Ukraine for the period from February 21 to May 20. The parcels included sneakers, canned food, televisions, car tires, tents and other things. Russia denies that its soldiers are engaged in looting and accuses Ukraine of filming supposedly fake videos and creating gangs of looters in Ukrainian-controlled territory.

There is no “good” war. It is always destruction, blood, death and… looting. Is it possible to deny it?