According to the municipality of Athens, two new dog parks with modern equipment will open in the city.

Playgrounds and play areas are located in Alsos Horofilagis and Lofos Lambrakis. In establishing a network of dog parks in the densely built-up areas of Athens, the municipality has made concerted progress, adding two new parks to the existing three.

In Neo Cosmos, on the Lambraki Hill, much of which has recently been renovated, a large area has been created for our four-legged friends to play, train and relax. The dog park, spread over 1.5 acres, has proper fencing and security gates.

The park is equipped with skill training facilities such as increasing wooden obstacles, a wooden ramp and an ascent and descent corridor, which make it easier for dogs to maintain good physical condition and at the same time promote their socialization (adequate interaction with other dogs).

As with all dog parks, the area is divided into two areas, for small and large dogs, so that they can play safely on the territory. Two parks have a continuous supply of drinking water for the animals, as well as shaded areas and benches for attendants. Athens Mayor Kostas Bakoyannis said: “Dog parks were not just a good and innovative idea. It’s a practical answer to a pressing need that all pet owners have.”

In the evening, the lighting is enhanced to ensure the greatest possible safety for visitors. As a reminder, the other three dog parks of the Municipality of Athens are located in the Probonas area, on Obrenovic Square, in Neos Kosmos, as well as in a reformed park of 4 acres in front of Larisa Station. Created by the municipality, these innovative spaces allow those with pets to enjoy the safety benefits offered by specially designed areas. Argos, “the faithful dog of Odysseus”, is the symbol of all dog parks in the municipality of Athens. 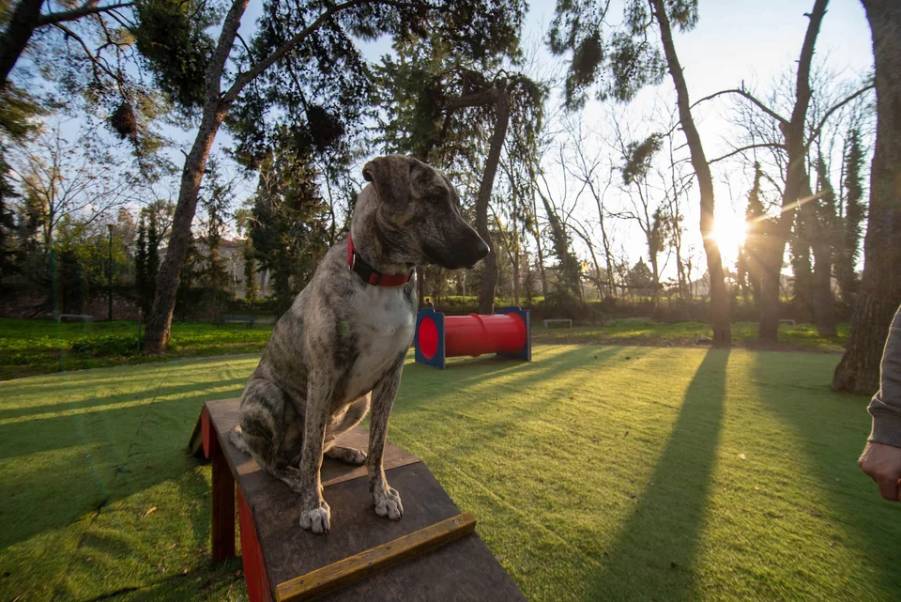