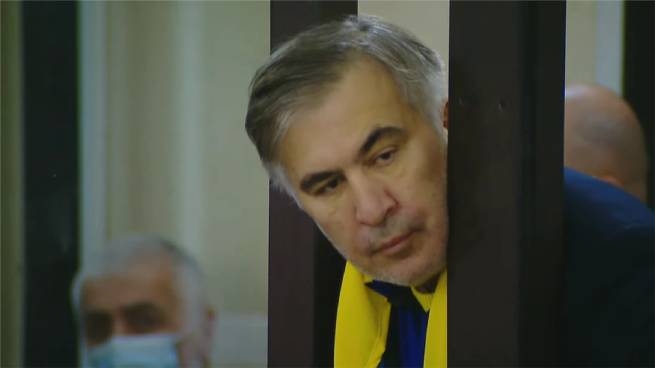 The loud statement of the lawyer of the former President of Georgia, Mikheil Saakashvili, about his poisoning after his arrest was made after the lawyer got acquainted with the results of the examination.

“All the illnesses that Saakashvili has, all the symptoms can be caused by this poisoning. He himself suspected for a long time that he was poisoned. Otherwise, his illnesses would not develop like this.”

According to Gelbakhiani, the results of the examination will be published in two days, and at this stage he can only report that the conclusion contains a list of poisonous substances found in Saakashvili’s body. Saakashvili’s mother, Giuli Alasania, noted that it was about the increased content of heavy metals – mercury, thallium, barium. The lawyer speaks of the need for additional research in order to determine when exactly the poisoning could have occurred – while still in prison or already in the Vivamed clinic, where Saakashvili has been staying for the past few months.

So far, there have been no comments from official institutions. Earlier, at the official level, it was repeatedly said that Saakashvili’s condition does not cause much concern, he receives all the necessary assistance in the clinic.

There are calls for supporters of the ex-president of Georgia to come out this week with protests and demands to send the prisoner abroad for treatment.

Former Georgian President and citizen of Ukraine Mikheil Saakashvili is under arrest after secretly returning to Georgia on the eve of the 2021 local elections, in May 2022 he was transferred to a clinic due to his deteriorating health.