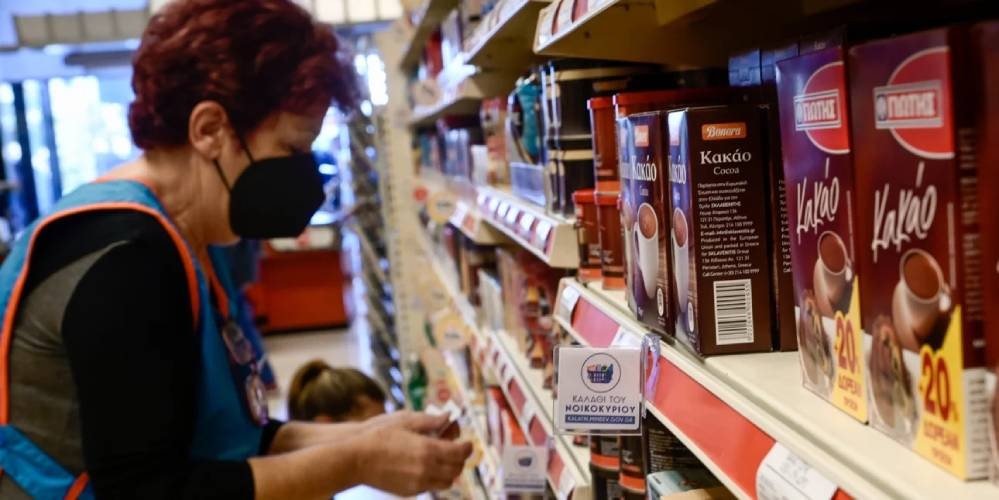 Consumer Goods Retail Research Institute survey (ΙΕΛΚΑ) showed that the Greeks are quite positive about the newly introduced measure – the “family basket”.

According to the study, 4 out of 10 consumers bought groceries from the household basket in the first week. The survey was conducted from 8 to 11 November 2022 with a sample of 1,000 consumers and concerned the “household basket”. In particular, in the first ten days of this initiative, 39% of the population say that they have bought a product from the basket at least once. 15% made 1 visit to the supermarket, 2 visits – 11%, 3 visits – 7%, and 4 visits or more – 6% of consumers.

The survey data shows that, although the majority of the population did not purchase a product from the basket, a fairly large percentage approached the initiative at least tentatively in the first 7-10 days after its implementation. Therefore, these percentages are expected to increase in the future.

Conclusions of the study ΙΕΛΚΑ

The population, in the first 7-10 days of the “work” of the “family basket”, made a purchase of one or several products, spending 12% less in the supermarket (81.65 euros instead of 93.35 euros in general). According to the study, this is due to the trend of shopping cart selection mainly by income-constrained consumers, who typically spend small amounts of money in supermarkets buying the bare necessities. However, it is noted that there is still insufficient evidence to support a causal relationship between basket use and reduced weekly spending. Despite small differences in the price of products in the “basket” and outside it, the measure interested consumers in Attica more (42%) than in Thessaloniki (38%) and the rest of Greece (37%).

In terms of shopping trends, 18% of the population visited a supermarket store to find products from the “home basket”. This element is good for competition in the industry, indicates that there are additional incentives in the market, and that consumer interest in the measure is expected to increase in the coming period.

As for the opinions of consumers, only 22% consider the basket “useful” (this percentage increases to 30% among those who bought something from the goods labeled “consumer basket”). At the same time, 56% believe that other manufacturers and stores should also join the measure.