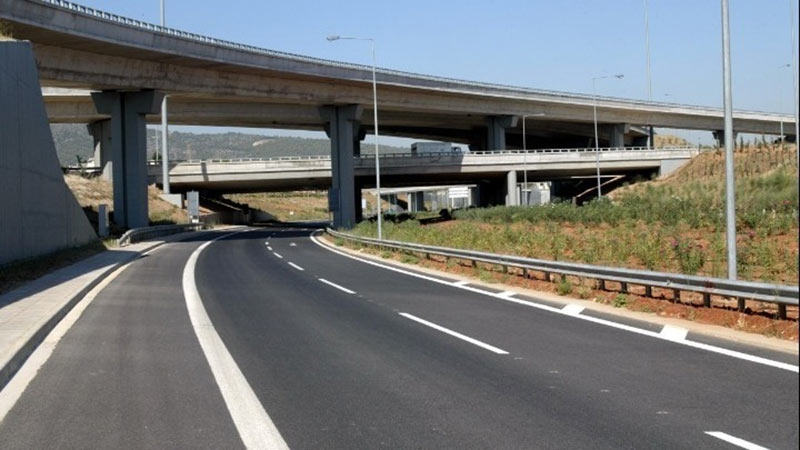 The project is in its final stages, in a sector that, according to the experience of previous years, has numerous problems: the monitoring and maintenance of public infrastructure.

According to the state news agency amna, “Smart Bridges” is an activity envisaged in the Digital Transformation Book 2020-2025 of the Ministry of Digital Management, which reflects the guidelines, architectural design of systems, strategic intervention axes, management and implementation model, and a set of horizontal and vertical activities that will enable the digital transformation of the Greek society and economy, with a focus on implementation and projects, and not just a theoretical approach.

With this action, the Ministry of Infrastructure and Transport takes a decisive step towards strengthening the safety of bridges in Greece, especially railway bridges, by introducing a modern monitoring system for their condition. The executing body of the project is the Hellenic Technical Chamber (TEE).

“Smart” maintenance of bridges is aA project that requires the supply and installation of special load/fiber sensors. They will record bridge displacements in real time using state-of-the-art technological methods. This information will be processed using special algorithms that will calculate the strength of the bridges. The project will be accompanied by relevant studies by specialized engineers who will document and scientifically control the results.

According to the decision of the Minister of Infrastructure Kostas Karamanlis, the implementation of the investments should be completed by December 31, 2025. TEE has already completed consultations with the competent and interested authorities, including observations and comments, as this is an innovative project for Greece. So in the coming weeks, the project will be announced, and a contractor will appear in early 2023.

As stated in the TEE documents for consultation, the subject of the project is the primary control of machinery and the design of instrumental monitoring, as well as Internet of Things (IoT) systems, the secondary control of bridges through appropriate modeling of machinery at the preliminary study level, the creation of a digital repository and the Smart Bridges platform , procurement / installation on site and operation of real-time structural health monitoring systems (RTSHM – Real Time Structural Health Monitoring Systems), non-destructive loading of bridges and updating studies, piloting systems and instrumental structural monitoring technologies and productive / guaranteed operation of systems.

Based on the submitted comments and their discussion with the competent authorities, the TEE proceeds with the preparation of the final tender documentation. The smart bridges project is also included in the Greece 2.0 national recovery plan as an activity and funding has already been approved. The budget of the invitation sent by TEE for consultations is 156,215,200 euros.

It is also worth noting that, relatively recently, the Deputy Minister of Infrastructure, Giorgos Karagiannis, announced for the first time the creation of an administrative department for bridges. The Authority will oversee and control the safety of bridges throughout the country, which coincides with the scope of the “Smart Bridges” project, since today in many cases the responsibilities are mixed up. In any case, the key issue is the new procedure for checking and maintaining the country’s bridges with a span of more than 6 meters.

According to TEE President Giorgos Stasinos, who spoke with APE-MBE, the largest percentage of bridges in the country were built between the 1950s and 1980s. Lack of maintenance measures, aging of technical parts, low design loads coupled with the uncontrolled passage of increasingly heavy vehicles, extreme environmental events due to climate change are some of the factors requiring vigilance. Therefore, it is obvious that general supervision is needed, and electronic, based on modern procedures and methodologies for direct assessment (Smart Assessment Procedures or “SAP”).

According to TEE, this project, which is currently in the planning stage and will start soon, aims to provide bridge preventive maintenance services. ose SA and ERGOSE SA in different regions of the country, using innovative technologies such as the Internet of Things (IOT).