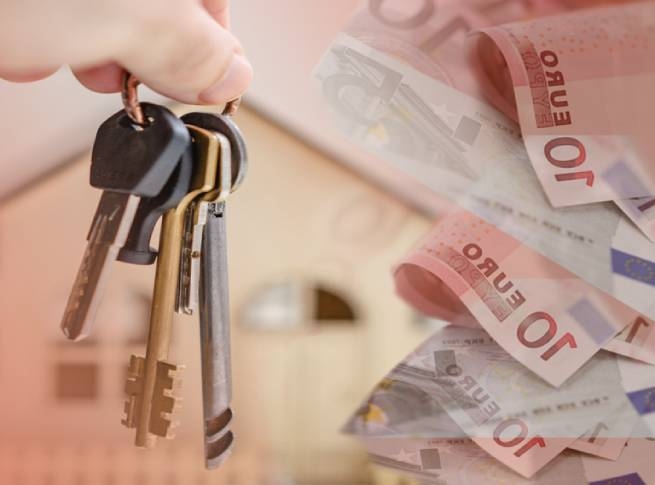 Eurobank is the leader in mortgage loans. The increase in the fixed interest rate continues.

Piraeus Bank and the National Bank increased fixed interest rates on mortgage loans by 0.7 and 0.5 percentage points, respectively, following the general market trend towards adjusting long-term fixed interest rates, which was launched last month by Alfa-Bank and Eurobank. In addition to higher interest rates, banks are considering reinstatement of the prepayment penalty as a counter to the high cost of fixing the interest rate for a long period based on interest rate swaps. It was the Eurobank that started it, and other banks are reported to follow.

After the increase, Piraeus Bank’s new fixed interest rates start at 4.05% and reach 5.05% for a fixed term of 3 to 30 years. Upon expiration of the established term, the loan is issued with a floating interest rate based on Euribor, to which is added the bank’s interest rate, which starts in accordance with the new Piraeus tariff from 2.45% to 3.20%.

Thus, the increase in fixed interest rates announced by Piraeus Bank is combined with a decrease in floating interest rate spreads, and the reference basis is 1-month euribor, which currently stands at 1.4%.

On the mortgage front, this was preceded by a 0.40 increase last month from Alfa Bank, which raised its 5-year fixed rate to 3.60%, up to 4.40% for a 20-year fixed rate. It should be noted that the bank has abolished the fixed interest rate for 30 years, while pricing provides for an increase of 0.20% if the loan amount exceeds 60% of the property value. After the fixed period, a floating interest rate is applied based on 3-month Euribor plus margin, which starts at 2.80% or 3.10% and goes up to 3% to 3.30% depending on the loan amount.

According to banks, the demand for housing loans increased in the first months of the year. And is expected to close at between 1 and 1.2 billion euros for all of 2022, recording a 35% increase compared to 2021.