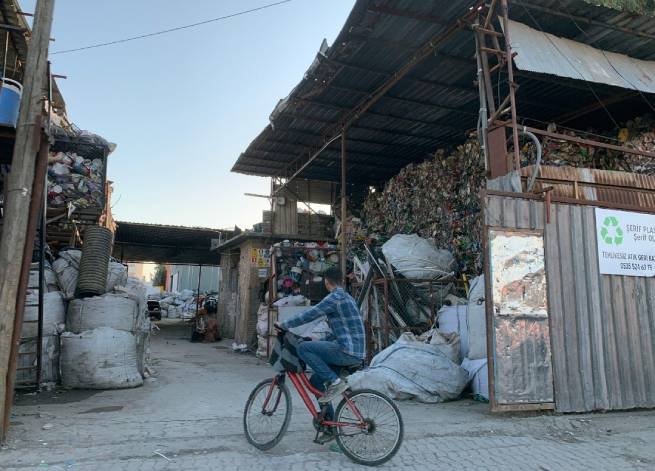 Europe processes most of the garbage itself, but it exports quite a lot – it’s cheaper. Turkey is becoming its new landfill.

Last year alone, Turkey imported 770,000 tons of plastic from Europe and North America. Then he ends up in processing plants or … on the roadsides. Edition EL PAÍS writes:

Selahattin Mentes, President of the Association of Doctors of the Turkish Province of Adana, explains that in terms of garbage imports, Turkey is a real powerhouse. About 4% of the economic value of all imports is waste – mainly scrap from Europe, North America, Venezuela. In addition, Turkey takes cardboard, paper, ships for scrap and plastic, while the share of the latter is increasing.

Wealthy countries are reluctant to invest in recycling, believing it’s cheaper to send them to other countries, according to Human Rights Watch. But the problem is that not all garbage is actually recycled. Some statistics. In 2018, China, due to environmental concerns, banned the import of plastic waste. The vacated niche was occupied by other states – Vietnam, Thailand and Turkey, while the latter is considered the main direction in Europe. Most of the waste is scrap – 13 million tons. Then come paper (433,000 tons) and plastic (about 400,000 tons): 300 times more than in 2004. And this data no longer includes the UK, which also produces a huge amount of garbage.

At the end of last year, Bloomberg journalists conducted an experiment. They placed special tracking chips in three plastic bags with garbage thrown into the tanks of the Tesco supermarket chain in the British capital. From one chip, the signal disappeared and was not tracked, while the other two reached the Polish plant, where waste is sorted and resold. The trace of the second chip also disappeared there – most likely the package became fuel for a nearby cement plant. But the third one appeared two months later: in Turkey, in the province of Adana, next to the warehouse.

Most of the plastic waste enters Turkey through the Mediterranean port of Mersin. Then they are taken to the industrial zones of Adana, where every tenth licensed processing company is concentrated. Processors are small enterprises with small-scale mechanization. The plastic is selected there, crushed, melted at temperatures up to 275°C, and after cooling it is granulated for sale as recycled plastic.

But in the event that the material contains impurities or has already been processed before, it is much more difficult to process. Engineer Bulent Sik, who was convicted for publishing a report on high levels of soil and water toxicity in an industrial area in Turkey, explains that only 9% of plastic waste can be used – the rest goes to waste.

The Greenpeace report published in 2021 caused outrage among the Turks. Soil analysis in various parts of the province of Adana showed the presence of carcinogenic and hazardous substances. The content of dioxins, polychlorinated biphenyls and heavy metals was a thousand times higher than the maximum allowable. Residents of the province constantly find rubbish with foreign labels on the roadsides and in the fields – in English, German, Spanish.

Currently, plastic imports to Turkey are breaking all records. In the spring of last year, the government completely banned the import of polyethylene, but … was forced to take a step back and only introduce some restrictions instead of a complete veto. The reason was the pressure on the authorities from the companies.

Representatives of Human Rights Watch spoke with workers of Turkish waste processing plants. The conclusions are deplorable: there are no protective suits at the enterprises, workers work without insurance and contracts, wages are less than the minimum. Periodically occurring fires at factories make the residents of nearby houses and schools suffer, and disrupt the environment. Locals say: “Europe should take care of its garbage. It should not be that, sweeping her yard, she throws her garbage to us, ”quotes BB.LV.