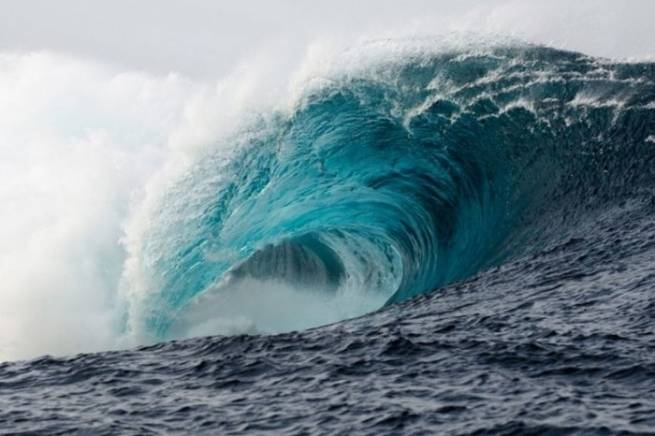 Dr. Gerasimos Papadopoulos, a seismologist-researcher and scientific partner of UNESCO, talks about which areas in the country are most at risk of a tsunami, and who should immediately evacuate and when.

Gerasimos Papadopoulos gave a lengthy interview to the Athens/Macedonian news agency, which took place on the sidelines of the conference on new technologies in civil protection “Safe Thessaloniki 2022”. As writes CNN Greecea seismologist-researcher said that Greece should be ready in case a tsunami hits the country’s coast, and also named “red” zones and described cases when citizens should not wait for “112”, but leave immediately.

The Mediterranean countries are cooperating closely and preparing for the possibility of a strong earthquake that could trigger a tsunami that will hit their coastal areas. It is most likely to start in Greece, which has the highest seismic activity in the Mediterranean, along the famous Greek arc. It starts from the Ionian Islands, crosses the bottom of the South Ionian Sea outside the Peloponnese and, passing south of Crete, ends at Rhodes. After a strong underwater or coastal earthquake, the likelihood of a tsunami is very high.

Currently, at the national and international levels, thanks to the participation of Greece in the UNESCO Intergovernmental Coordination Group, protocols have been developed and standardized, direct actions are being considered, preparedness exercises and citizen education activities are being carried out.

As explained by Gerasimos Papadopoulos, on October 30, 2020, in the seven magnitude earthquake in Samos, for the first time at the European level, the Emergency Communications Service was activated (alert citizens by calling 112). Today, the national tsunami monitoring and warning center is being mobilized on the basis of strict protocol. It provides for specific actions within a ten-minute interval from the moment of registration of seismic vibration.

Regarding the Greek coasts with the highest tsunami risk, the seismologist says:

“In the Mediterranean, we have the highest seismicity along the Greek Arc, which is also under water, so it goes without saying, and it is also known from scientific data, that this is where we have the greatest risk of a tsunami. It spreads very quickly, does not “extinguish” easily and threatens coastal areas over long distances, this is the peculiarity of the phenomenon. Then we have another very high risk area, the Gulf of Corinth. It also has a very high seismicity, but with the difference that it is a closed bay and cannot allow even large tsunamis to come out and threaten other areas. That is, we will have less risk in areas such as the Dodecanese and the eastern Aegean in general, Lesbos, Chios.”

Gerasimos Papadopoulos considers it less likely that the tsunami, which will start from other Mediterranean countries, will reach Greece. On the contrary, other states, such as Italy and Israel, are systematically preparing for a tsunami that can start from the Greek arc. He notes:

“We are little threatened by neighboring countries, such as Italy. There is no evidence of a strong earthquake that caused a tsunami that came from there to us. Their seismicity is not as high as ours, and yet in our scenarios we take this possibility into account. But in Italy they are very afraid of the tsunami that can start from Greece, and they have done a lot of research on this issue. As did the Israelis. We conducted joint exercises with the Israelis, they are very afraid of the tsunami that can be created, for example, along Crete or Rhodes, and in 45 minutes, in an hour at most, they will reach Israel.”

What is the preparation for a tsunami

Can we be prepared for the possible occurrence of a tsunami after a strong underwater or coastal earthquake? To this question, Mr. Papadopoulos confidently replied: “Of course we can.” He noted that the 2004 Indian Ocean earthquake and tsunami and the massive loss of life and disasters in 14 affected Mediterranean countries. He explained:

“With regard to the tsunami, we took very important steps precisely because there was a demand for cooperation between states. We are lagging behind, despite advances in technology systems, in interoperability, that is, in how services work together. Tsunami has no boundaries. In the Mediterranean, a large tsunami could hit 10-15 countries. This means that countries must cooperate with each other. Often they are at war or they don’t have good relations, sometimes they have different technological and cultural levels, so we needed a catalyst to bring countries together, and that was UNESCO.”

Today, ICG/NEAMTWS Tsunami Service Providers (TSPs) receive technical support from five national centers: France, Portugal, Italy, Turkey and Greece. The main task is to ensure fast and reliable transmission of tsunami warnings, which, according to the protocols agreed upon by UNESCO, these centers send simultaneously in three ways – e-mail, fax and GTS. After that, civil protection services must use equally reliable systems to spread the message. Seismologist-researcher says:

“As soon as there is a suspicion that an earthquake has caused a tsunami, i.e., with a magnitude of more than 6 points, underwater and surface, a tsunami warning message is immediately organized. The observatories of Athens, Rome and others send a message to the civil defense of their country within 8-10 minutes, and the civil defense watches how it reaches the areas under threat. For many years there has been confusion about this question, namely what we can do practically, given that especially here in the Mediterranean, the response time to protect the population as a whole is very limited, often only a few minutes.”

The scientist noted that in February 2020, when he was invited to discuss in the competent committee of the parliament a new law on civil protection (which was adopted and is now in force), he raised the issue of preparing Greece for a possible tsunami. In his speech, he then said: “Pay attention to this, the country will need it someday. We must be ready.” And just a few months later, in October 2020, to the great earthquake in Samos, “for the first time not only in Greece, but in general in Europe and the Mediterranean, 112 was used.” Seismologist notes:

“I consider this a very important step, despite the observed shortcomings. We Greeks were the pioneers in this, I’m sure there is a way to improve the system even more so that the scientific and technological progress that allows us to send alerts within 10 minutes is now even better from an operational point of view. When citizens should not wait for 112 and an immediate evacuation is required.”

In coastal areas, those who feel an earthquake should leave immediately without waiting for any information, and therefore should be prepared to do so through educational activities in high-risk areas. He explains:

“The most difficult case, as a rule, concerns coastal areas, which are closer to the source of the earthquake that caused the tsunami. We saw it in Samos in 2020. In northern Samos, the first wave arrived in just 4 minutes. How do we know this? We had no tools other than video and used them for the first time in our related study. They were recorded by reliable cameras. Four minutes later the waves arrived. There, unfortunately, I do not think that the system will have time to issue a warning. This is where what is called informing and educating the population intervenes. The basic instruction is: “As soon as you feel an earthquake in the coastal zone, you immediately move inland. You don’t have time to hear the warning, you don’t wait to hear from 112 or the media what exactly is going on. Immediately, instantly, because the wave comes with lightning speed. This is very important and requires great efforts in another area, in training, education, information. It requires the training of the leaders themselves, bodies and services.

Gerasimos Papadopoulos clarified that in Samos, after the experience of 2020, two municipalities have taken a series of actions:

“They commissioned the University of Athens to conduct a study – we also participated and contributed – on the risk of an earthquake and tsunami, where it was mapped, for the first time the degree of danger on the coastline of the island. It is not the same everywhere, it also depends on the shore morphology. For example, is the coastal zone structured, is the topography flat, and can a potential tsunami penetrate inland very easily? Are there steep slopes that are not conducive to rising tsunamis? All this was taken into account and for the first time a map of the coast of the island was given. In addition, the municipality of Samos has already made some efforts to provide more information to the population on this issue, as it has done on other islands – Rhodes, Kos, Crete, where we also conducted exercises. Around the world, since 2016, the UN has proclaimed November 5 of each year as Tsunami Awareness Day. Efforts are ongoing and intensifying.”