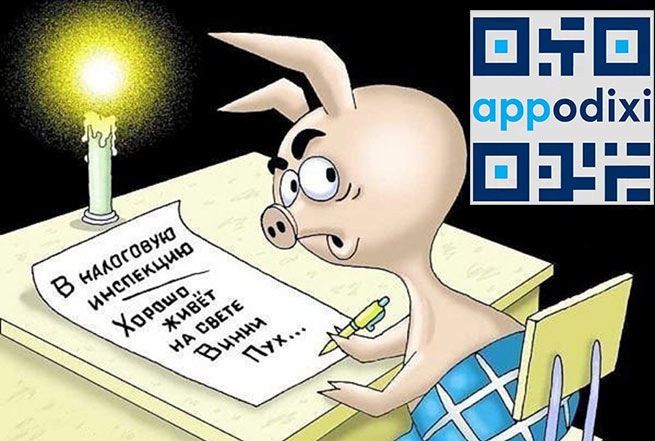 Appodixi works as a mobile phone app and can be downloaded from the Google Play Store and the App Store.

The financial incentive for those who discover a fake check is equal to twice the amount of the check, and the maximum bonus is up to 2,000 euros.

According to media reports, the amount of the bonus will be several times the value of the check, possibly up to ten times, and the maximum amount will be 2,000 euros. A necessary condition for the payment of the amount is the establishment during the audit of the fact of tax evasion.

Appodixi allows consumers to check the details and validity of the check they received as part of a transaction by scanning the QR code located on it. The data will then be automatically sent to the AADE system and the consumer will be informed of the control result. If a violation is found, he will have the opportunity to report it to AADE.

If the audit determines that the check is not genuine, and the said report confirming the penalty is issued to AADE, the complaining taxpayer will receive an amount several times the value of the check.

The inhabitants of Greece accepted this opportunity to earn money with enthusiasm and joy. In less than 24 hours after Appodixi began operating, a total of 399 anonymous and 327 named denunciations were sent to AADE.

All denunciations are evaluated and reviewed by AADE to determine if they are indeed receipts issued by counterfeit cash registers or if there is some other problem.

The first denunciations sent to AADE showed the following:

In some cases, the value of the check was less than the amount paid. That is, the check received by the consumer indicated the actual amount of payment, for example, 20 euros, while in AADE the goods transferred by the company had a lower value.

In another case, the enterprise did not send the report to the tax office in due time.

It was found that the catering company belatedly submitted check details to AADE (in the catering the transfer time is three hours from the moment the check is issued). After the check was scanned, the message was as follows: The cash register is active and claimed. If the pickup time is before 09.30, please submit a non-delivery report. It is noted that the check was issued at 08.30.

Based on the data from the first day of the Appodixi launch, it is clear that taxpayers are contributing to the reduction of tax evasion, naturally with an incentive in the form of a bonus that can reach up to 2,000 euros, while the number of actually detected violations is not large.

With this application, AADE will be informed about tax evaders in a timely and reliable manner and will be able to immediately take legal action to protect the public interest.