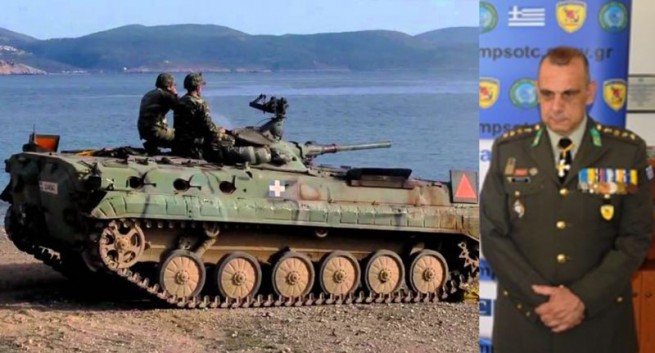 Greece is not going to send Russian-made S-300 anti-aircraft missile systems and other weapons that it needs for its own defense to Ukraine, Prime Minister Kyriakos Mitsotakis said at a press conference in Thessaloniki.

In the context of the press conference of the Prime Minister of Greece at the 86th International Exhibition in Thessaloniki, he was asked if the government intends to send armored vehicles to Ukraine, as well as Greek special forces soldiers to train Ukrainian soldiers and S-300 anti-aircraft missile systems.

“Such a question is not worth it. We have said many times that the support we provide to Ukraine should not come at the expense of the country’s defense,” Mitsotakis said. He then referred to an agreement with Germany on the supply of old Soviet infantry fighting vehicles of the type BMP-1 and their simultaneous replacement with German infantry fighting vehicles type Marder1A3stating that negotiations are still ongoing.

As we reported earlier, the Greek military opposed exchange of Soviet BMP 1 for German Marder1A3, pointing out at least 2 important drawbacks of this exchange:

1. The small caliber of the German combat vehicle, which does not allow you to perform the necessary combat missions on the islands, as well as the lack of machine guns in the delivery set, for which you will have to pay a significant amount.

2. The presence of a well-equipped infrastructure for the repair and maintenance of BMP1, and the complete absence of it for Marder1A3which means a long, at least 2 year, process of switching to new equipment.

“The main reasons for the considered supplies for our country (as well as other NATO countries) of defense systems and equipment of eastern origin (TOMA, P / A complexes, A / T, vehicles of all types and special vehicles, other equipment) were the presence of large gaps in individual defense capabilities , extremely low purchase prices, and NATO’s inaction as the Cold War was won with Western dominance and the collapse of the former USSR.

Returning to the BMP-1, although for some of them the newly united Germany provided a program of individual improvements to bring them into line with NATO standards. Many of them came with defects and shortcomings, while the difficulty of finding spare parts was a typical example. The fact that hard-to-reach manuals and all sorts of instructions, labels, inscriptions were in Russian, combined with the above factor, made them unpopular – both with operators and maintenance personnel, which led to their gradual depreciation.

The small height gave them a low profile and silhouette, contributing to the survival on the battlefield, but at the same time, the low internal height and limited access to the embrasures from the inside made it an unloved vehicle for the military. The situation was even worse during the landing and disembarking of a group of motorized infantry, which was especially inconvenient and difficult compared to access to the M113, in which the gangway was raised and lowered with characteristic ease and comfort.

However, stronger armor (compared to the M113), as strong as the Marder (especially in front), and high firepower, since it carried a 73mm cannon, which was considered especially useful in combating any potential amphibious operations of our “best friend and neighbor” (hint to Turkey. Note by the editor).

The weapon system in question was not used properly, was not “loved” by the personnel, mainly due to the long absence of support from the persons responsible for it, as well as from the personnel who did not study it … And so ignorance breeds fear… The combination of lack of spare parts and know-how, training and support were the main causes of accidents and accidents… And it was all the fault of a formal preliminary investigation that did not actually address the deeper causes of events.

Nevertheless, with many serious problems, shortcomings and omissions at several levels, the BMP-1 joined the support system of the Greek national army and was deployed in mechanized infantry battalions, mainly on the islands of the Eastern Aegean, with their main task of countering enemy amphibious actions.

German marderon the other hand, is a weapon system unknown to the Greek army, but it should also be included in the support system. Whether it will be able to fill the operational gaps left by the BMP-1 depends primarily on the number under which it will be assigned. At the moment, information on the number that can be provided, as well as the time it will take to transport, test, dispose and further advance to replace existing BMP-1s, is unclear. Note that the disposal of the funds will require the necessary time to train drivers, train personnel, as well as maintenance personnel in all the necessary specialties of the involved masters.

At the same time, the necessary stocks of spare parts and ammunition must be created (even if the needs could be met at the expense of the EAS, at the expense of ammunition Rh guns 202 because twin A/A gun). In the same way, the necessary sets of tools and specialized technical equipment for the general service of each level, the availability of specialized tools and equipment, should be released.

In terms of comparative capabilities, there are several “dry” characteristics that distinguish these models. The German clearly lacks firepower, as he is equipped with a 20mm cannon. Note that Russian IFVs can also launch special anti-tank missiles, which are especially useful against tanks as well as against landing craft, while the German Marders do not.

In terms of technological capabilities and design, they are also of the 70s and 80s of production (*Russian ones are a little older), without, as you can understand, the impossibility of talking about advanced technologies or corresponding technological innovations and leaps. The issue of wireless communication, in particular, is complex, but also very important, on which there is no information yet. Will the “Germans” come with wireless stations? … and with what capabilities?

From experience, I have reservations about their equipment. Please note that even their secondary weapons (machine gun 7.62 MG ) is usually not supplied in the complex, but “paid extra. In short, once again I see “putting the cart before the horse” and the mess associated with the decisions of the political leadership. 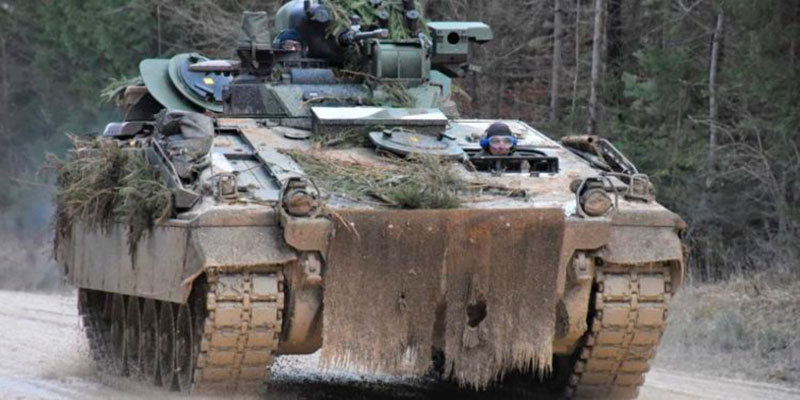 But it’s not all bad news. When the “information” was made public by the German side, ie. what will we send to Ukraine BMP-1 and as a result we get an (equal?) number of German Marderov (which are in long-term storage for at least 15 years). Taking into account that, from recent information from open sources, Germany indicated a month ago that it intends to deliver some of them directly to Ukraine, about 30 of them can be ready within a quarter and the same number within six months. Probably the plans were changed and more “friendly solutions” were found for the Ukrainian military, without delay for training and support.

The number of Greek BMP-1s to be provided is yet to be announced, as is the final number Marderovthat will replace them. And, of course, no one can talk about “reserves” anymore… But let me clarify. The fact is that reserves of any kind are included in the general plan of military mobilization and certainly are not “superfluous” (for those who want to deliberately confuse the meanings of the two terms).

In addition to the pseudo-dilemmas BMP – 1 or Marderthere are undoubtedly substantive and key questions. This is a paradoxical and fierce confrontation between the “West” and Russia, in the form proxy war (at the operational level Ukraine, at the regular level, in addition to attracting private armies, “advisers” and mercenaries) seems to be approaching the end, regardless of the final result and outcome of the conflict. And sooner or later there will be a need to create a new framework of relations in this configuration.

Has this new structure been adequately assessed, the forms it may take, and the role of Greece in it?

Are the political implications of the mission of weapons (and now heavy weapons/TOMA) assessed? Or is it the government’s haste in following the orders of a “faithful and predictable ally” not properly assessed in its full range of side effects, especially for the country’s future relations with Russia and, of course, such actions will make them even more difficult.

At the same time, I expect that first BMP-1s will leave “in a hurry” (otherwise it makes no sense to send them in six months or a year), and then Marvillage I also estimate that their “hasty” withdrawal will create operational gaps in the defenses of the eastern islands of the Aegean, a fact that causes particular concern with the current development of Greek-Turkish relations. Of course, in this way there is even an indirect “informal compliance” with Turkey’s demands for the demilitarization of the eastern islands of the Aegean Sea.

The government should also enlighten us on the total cost of obtaining Marder: purchases, weapons, radio, ammunition, supplies. Because one of the basic postulates of political economy teaches that “free cheese is only in a mousetrap.” Even if the main weapon is available for free, the total cost of acquiring, transporting and maintaining it should be taken into account (with what time horizon, since we are talking about already discredited weapons systems of the 50s!). And it’s no secret that the cost of maintaining German equipment is an order of magnitude higher than the former Soviet one.
And all this in the expectation that Marder will not be a Trojan horse for the particularly burdensome modernization program of the Leopards, worth 2 billion euros, that someone had to knock on the arm so as not to impose it on us …

In short, a hasty and unplanned withdrawal of a weapon system to replace it with another weapon system, of the same old technological design and with questionable capability gains, does not make you smart. Predictable and useful, but useful to whom? Beneficial to our national interests? And what are they? Have they ever been clearly defined, with the necessary consent of the political world?