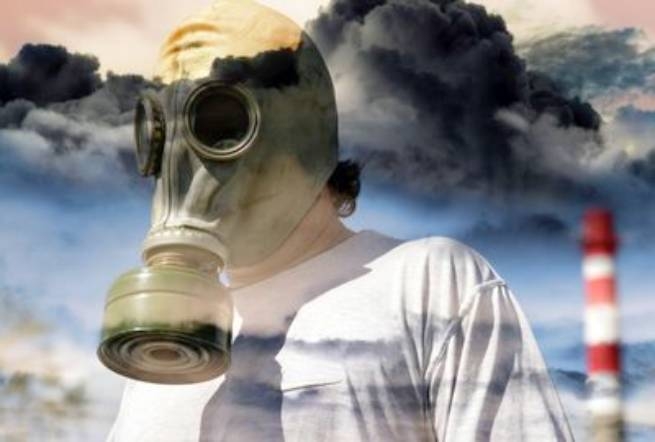 Scientists have made a startling discovery in their quest to “explain” why the polluted atmosphere of metropolitan areas can cause lung cancer in people who have never even touched a cigarette.

British scientists have discovered a new mechanism of the human body, which is activated due to air pollution and can cause lung cancer even in those who have never smoked in their lives. Microparticles of pollutants floating in the air of densely populated cities can cause mutations in certain genes (EGFR and KRAS), which, in turn, cause cancer.

Researchers from the Francis Crick Institute and University College London (UCL), led by Dr. Charles Swanton, who made a statement at the European Society for Medical Oncology (ESMO Congress, 2022), hope that their discovery will make a splash and save many human lives (in terms of prevention and treatment of lung cancer, especially among non-smokers).

The “guilty” microscopic particles PM 2.5 (25 millionths of a meter in diameter), commonly found in car exhaust and smoke from burning fossil fuels (lignite, coal, wood), are mainly associated with non-small cell lung cancer (NSCLC), which is responsible for the death of more than 250,000 people in the world.

“The same airborne particles that are produced by the burning of fossil fuels and contribute to climate change have a direct impact on human health through an important but previously unknown mechanism that causes cancer in lung cells. The risk of developing cancer from a polluted atmosphere is, of course, lower than from smoking, but we cannot control what we breathe. “Worldwide, more people are exposed to unsafe levels of air pollution than are exposed to toxic chemicals in cigarette smoke,” Swanton said.

The new results, according to the EPA-MBE, are based on laboratory studies and studies on volunteers.

Scientists pointed out on the importance of reducing air pollution, to reduce the risk of lung diseases, including cancer. Swanton said: “We have long known about the link between environmental pollution and lung cancer, but now we have a possible explanation for it. Since fossil fuel consumption goes hand in hand with pollution and carbon emissions, we have every reason to address these issues for both environmental and health reasons.”