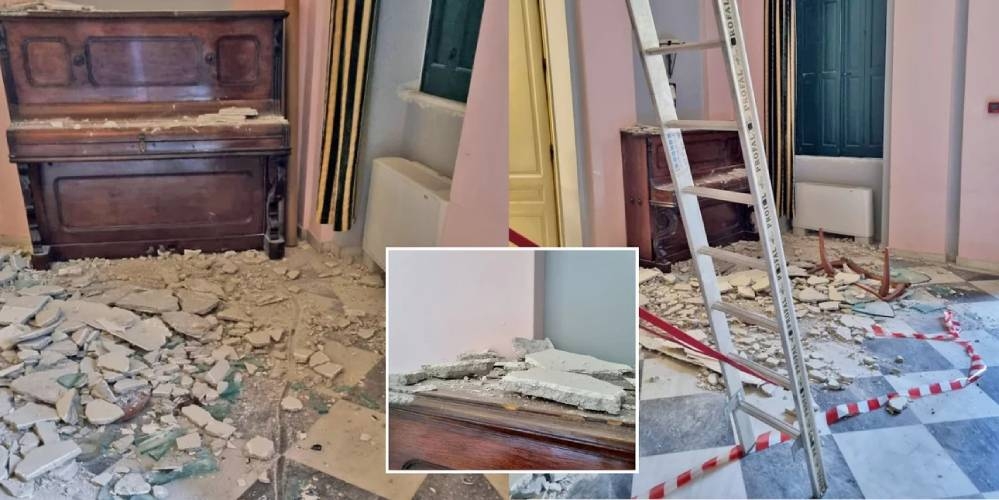 Shocking are the photos of the material damage caused to the building of the municipality of Samos after a double earthquake measuring 5.2 and 4.7 on the Richter scale, recorded on August 31.

Miraculously, there were no casualties as images posted on Facebook by the island’s mayor, Giorgos Stanzos, show that the ceiling nearly collapsed and was fragmentarily destroyed.

Mr. Stanzos commented on the pictures: “God save us. Due to the recent collapse of the roof in the waiting room on the first floor of the City Hall, the building will remain closed until the completion of the inspection by the relevant authorities.”

Nevertheless, experts calmed the population, and Professor Efthymios Lekkas said: “There is no need to panic! This earthquake had nothing to do with the previous deadly one that occurred on Samos in the past.”