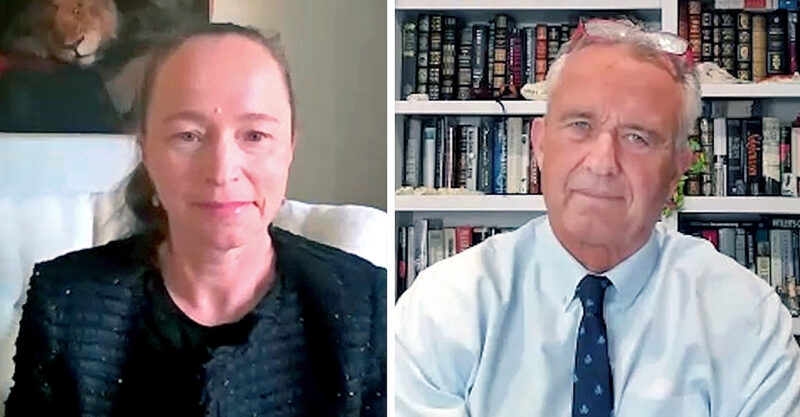 Alexandra Latypova was interviewed by Robert F. Kennedy Jr. and made some serious revelations about the mRNA coronavirus vaccine and the role the FDA has “played”.

Clinical trials for Moderna’s COVID-19 vaccine had “terrible shortcomings” and the U.S. Food and Drug Administration (FDA) knew about it, according to Alexandra Latypova, a former pharmaceutical industry executive who reviewed almost 700 pages of documents. submitted by Moderna to the FDA as part of the application process.

Latypova, who has 25 years of experience in pharmaceutical research and development, has founded a number of successful companies, mainly focused on the creation and analysis of clinical trials.

In a recent episode of the podcast,RFK Jr. The Defender Podcastshe told Kennedy that she learned after examining Moderna documents obtained at the request of the Freedom of Information Act. Latypova said that out of nearly 700 pages, about 400 are irrelevant studies that Moderna repeated several times.

Moderna also introduced three versions of the same module, she said. And one module only contained descriptive summaries of Moderna’s research, not actual research results. “Therefore, we still lack a large number of results, such as full reports confirming these versions,” said Latypova Kennedy. The FDA “apparently didn’t mind” any of this, she said. “It evidence of collusion with the manufacturer.

Latypova also discussed Moderna’s clinical trial schedule. She said an Investigational New Drug Application (IND) meeting should be held with the FDA when the company begins human clinical trials. Moderna and the FDA held a pre-IND meeting on February 19, 2020 and the application was formally opened the following day. A global pandemic was declared on March 11, 2020.

“Somehow, these visionaries were able to predict the future with such certainty that they opened clinical trials for a vaccine that was declared a pandemic a month later,” Latypova said.

There is usually only one IND application per product. In this case, however, there are two IND applications – one owned by Moderna and the other by the National Institutes of Health, which cooperated with Moderna in developing a vaccine against COVID-19.

Latypova also said that Moderna has not done research to determine if its mRNA vaccine affects male fertility. “We have no idea what [вакцина] does to young men who want to have children in the future,” she said.

The documents confirm that Moderna’s trials examined the delivery mechanism of the vaccine, but not its payload, which, in this case, is spike protein.

“They want you to believe that… you can… have a truck full of food or a truck full of explosives,” Latypova said. “They say it doesn’t matter. Focus on the truck. It’s the same truck, no matter what’s inside.”

At the end, Latypova said: “They are desperately trying to vaccinate every single person on the planet because they don’t want you to know what’s going on.”