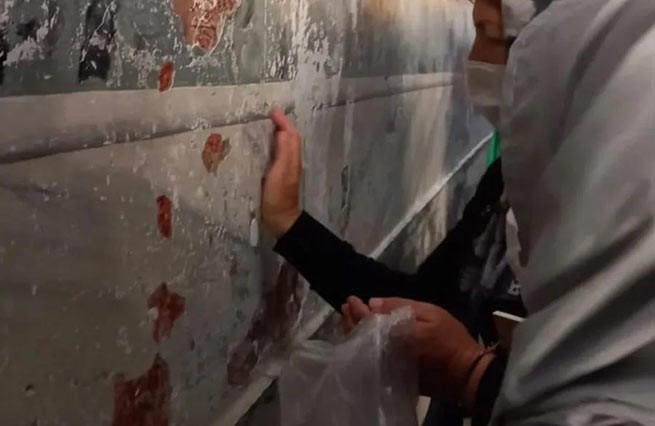 The floor marble in Agia Sophia is broken, the transformation of the museum into a mosque mercilessly destroys the Byzantine basilica.

The Hagia Sophia is still exposed to vandals. New images from it, provided by Cumhuriyet, show broken ancient marble covering the floor of a Byzantine cultural monument.

By decision of Turkish President Recep Tayyip Erdogan, Hagia Sophia was turned from a museum into a mosque. During this time, numerous destructions are recorded, in particular the walls and the Imperial Gate. Now the floor of ancient marble is broken, according to the Turkish edition Cumhuriyet – because of the heavy platform.

A tourist guide who works in Agia Sophia told the publication that heavy cleaning equipment caused the damage, breaking marble slabs that had already shown wear and tear over time. He says:

“This historic building has suffered serious damage. When Hagia Sophia was a museum, it was visited with great respect. Now it looks like a fair.”

Just a month ago, our publication reported how Turkish women in Hagia Sophia collect “souvenirs” from the walls in the hope of a miracle. They scratch the inner walls of the cradle of Orthodoxy, collecting small pieces and even dust in plastic bags. The reason was the belief that it brings good luck.

They keep the stolen items as souvenirs, thus damaging the 1500-year-old monument, which is under the protection of UNESCO. The Cumhuriyet newspaper wrote on May 25:

“They are scraping off pieces from the walls of a historic building and putting them in bags. Recently, the historic Imperial Gate of Hagia Sophia was destroyed and some people tried to tear a piece from the door and eat it. The Imperial Gate was worn out as a result of the normal process of breaking wood, and that there was no security breach. In Hagia Sophia, the lid of the historic tank was also broken, and visitors put their shoes in it.”

In April, damage was done to the Imperial Gate, the largest gate of the Hagia Sophia, with a height of 7 meters. This is the main entrance gate, which was used only by the emperor. Legend has it that the gate was made from the wood of Noah’s Ark, made from oak. 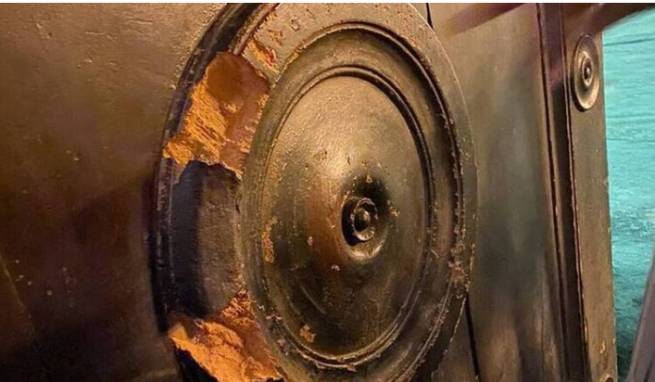 As a UNESCO World Heritage Site, Hagia Sophia received its present form in 532 AD under Emperor Justinian. After the fall of Constantinople in 1453, it was turned into a mosque. In 1934, thanks to the actions of Kemal Ataturk, the monument began to be restored, all the preserved frescoes and mosaics were opened, and it began to function as a museum. Last summer, at the initiative of Erdogan, the museum was again turned into a mosque.