The President of the European Council, Charles Michel, is confident that the member states will soon adopt the next, sixth in a row, package of sanctions. EU against Russia in response to its invasion of Ukraine, including a ban on oil imports.

In an exclusive interview cathimerini at Alexandroupolis airport in northern Greece, where he attended the launch of a new regasification floating storage installations (FSRU), Michel said the European Union and the United States are “on the same wavelength” regarding the supply of heavy military equipment to Ukraine.

When asked about Russia’s transfer of gas payments to rubles, Michel said that “the best answer is a decision that we will take immediately, on the sixth package of sanctions, [который] will be designed in such a way that it will be as painful for the Kremlin as possible, and not be sick for us.”

With a thinly disguised reference to Turkey, Michel said: “We are trying to convince all third countries and especially those who are candidates for membership to join the sanctions imposed by the EU and not leave any loopholes for Russia.”

Referring to the prospect of a Hungarian veto on a European embargo on Russian oil, he said that “the European Council has been able to systematically take decisions in difficult circumstances over the past two years, and this will happen again.” He added that “sooner or later” the embargo will have to be extended to gas.

Analysts have expressed concern that the size of U.S. military aid to Ukraine and the rhetoric of the Biden administration could provoke a stronger Russian reaction.

“We are definitely on the same wavelength,” Michel said, pointing to the activation of the European Peace Fund (EPF) following the February 24 invasion. “From the very beginning of the invasion, the level of coordination – within the EU, between NATO members – was very high, at the highest level,” he said.

Group photo in Alexandroupoli 3 May 2022

In his speech in Alexandroupolis, Michel said: “We must break the Russian war machine.” “That’s the reason for the sanctions,” he explained to Catimerini. – To put pressure on the Kremlin, using the tools at our disposal. We look forward to productive negotiations leading to a ceasefire, but only Ukraine can decide what compromises it will make in this context,” he said. Speaking of FSRUMichelle said:

“This is exactly the kind of project we need to have more choices, to be more independent, to be masters of our own destiny. This is a very important project not only for Greece, but for the entire region. On an issue like energy, where we make decisions that will have consequences for decades, we must involve from the very beginning those countries with which we hope to have a common future, such as the Western Balkans or the countries of the Eastern Partnership.”

Greece found itself in a very difficult position by joining the sanctions against Russia, and, according to the country’s prime minister, bears more losses from sanctions than Russia. However, Greece is no stranger to suffering losses from anti-Russian sanctions. The economic embargo against Russia, which Greece has joined, has completely destroyed the Russian-oriented tourism sector and seriously undermined the export of agricultural products. In return, Greece was partially forgiven its debts, its ratings were upgraded, and it was allowed to enter the European bond markets. But it didn’t help for long… 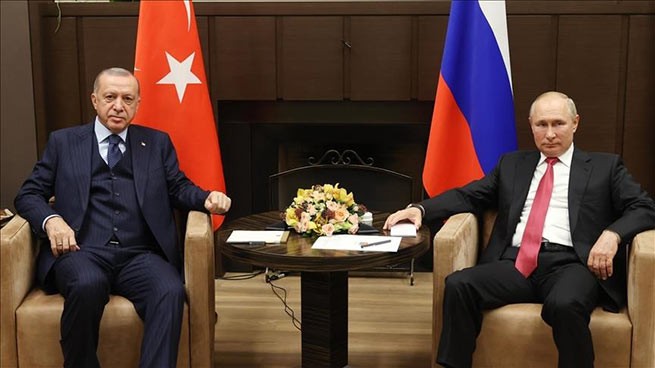 At the same time, neighboring Turkey is in no hurry to join the sanctions against Russia. By actively selling weapons to Ukraine, Turkey continues to buy Russian gas and oil, benefiting from all sides of the conflict.

Turkey’s accession to the sanctions against the Russian Federation is unrealistic. This was announced on April 14 by the head of the Ministry of Foreign Affairs of the republic, Mevlut Cavusoglu. “We follow the UN sanctions, we comply with them. But in terms of connecting individual countries to the sanctions, I think the countries themselves understand that with Turkey’s mediating position, this is unrealistic,” Cavusoglu said in an interview with the TV channel. NTV.

“Turkey follows international law, we will pursue a balanced policy. If the UN approves sanctions against Russia, Turkey will be forced to follow them,” the diplomat said. According to him, the West knows the reason why Ankara refuses to participate in the anti-Russian sanctions policy.

Earlier, Cavusoglu said that sanctions would not solve the problem, so Ankara refused to impose them. Representative of the Turkish President Ibrahim Kalin stated that it is unacceptable to burn all bridges with Russia. According to him, Turkey’s sanctions against Russia would be a blow to the country’s economy. This would hit Ankara more than Russia. He noted that the Turkish authorities limited themselves to the decision it made in accordance with the Montreux Convention, closing the Bosphorus and the Dardanelles to warships.