The term “grass” (horta, χόρτα) is used by the Greeks to refer to herbaceous plants. However, the concept is also used in cooking to describe the edible greens used to prepare dishes.

Horta is either cultivated or can be harvested from uncultivated areas of land (meadows, forests, etc.) where they grow naturally.

As the dietitian Dimitris Tsirarkas points out, radikia has been known since ancient times and is mentioned in the Ebers papyrus of 4000 BC. Galinos calls it “a friend of the liver.”

Radikia belongs to the cichorium category and is distinguished by many types: such as wild, domestic (grown), stamnagati, Italian, etc.

Even radicchia, which produces a coffee substitute (analogue – chicory). A common feature of horta radicchia is a bitter taste, which gives them a special taste. Type of grass – well, purely our dandelion!

Wild edible plants contain on average 3-7 times more iron, 20-30 times more vitamin C and 20-50 times more vitamin A than commercially grown plants. Wild plants are such powerful, energetically whole and filled with vitality plants that it is simply impossible to overestimate their benefits.

wild radicchia has a bitter taste and narrow leaves. On the other hand, the “homemade” version of the edible herbaceous plant has a less pungent taste (“sweet”, γλυκά χόρτα).

In Greece, radicchia is grown all year round and is available in supermarkets and street markets. 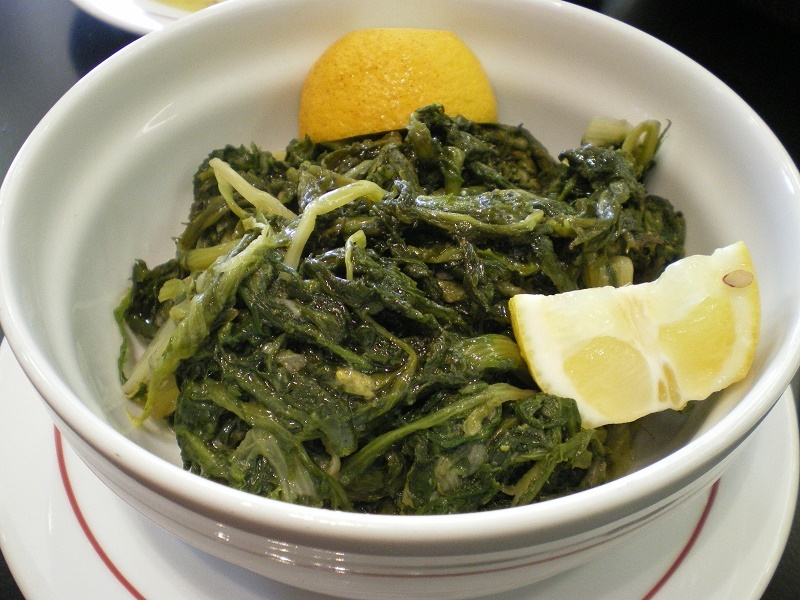 The composition of the dish “horta” (simply boiled radicchia) per 100 grams of the product:

Radicia is rich in vitamins C, A, B1, B2 and carotenoids, as well as minerals such as iron, potassium, sodium, phosphorus and magnesium.

The main asset of this edible plant is inulin, which is vital for most of us. Because in the body of every third person there is a problem, the key to solving which can be this “multifunctional”, from a medicinal point of view, substance.

Inulin is capable of the following actions:

But the most important thing is that Inulin is essential for diabetics. It is with its help that you can effectively and without the use of strong drugs to reduce the level of sugar in the body.

In the time of Avicenna, this famous physician did not let go of the dandelion. He constantly repeated that with a competent approach, it can be used to cure a lot of mild (and not so) ailments.

From time immemorial folk healers used radicica to treat diseases of the liver and bile. Currently, clinical studies have shown that one of the ingredients contained does indeed have a hepatoprotective effect.

The abundance of β-carotene protects the body and prevents the growth of “free radicals”, helping to protect against cardiovascular disease, writes www.zougla.gr.

Radikia is considered excellent diuretic. It is also a very good tonic, digestive and detoxifying agent. Ideal for blood purification, it has a choleretic, laxative, tonic, antirheumatic effect. 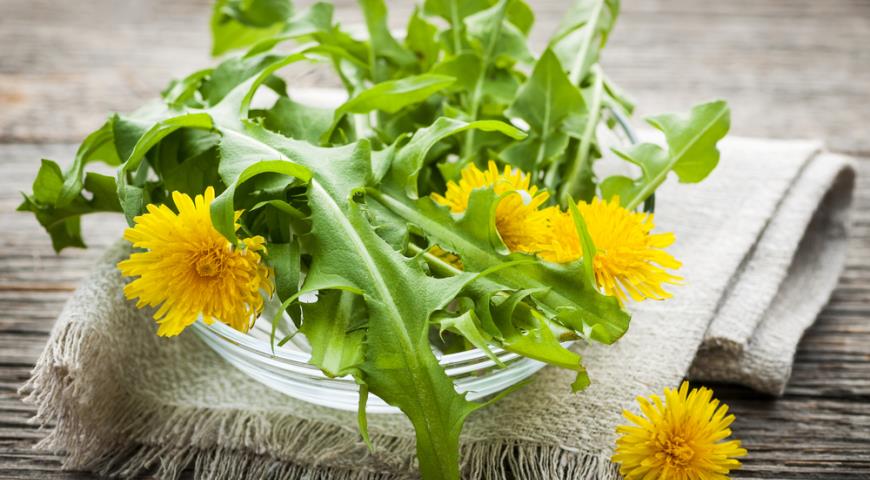 The herb lowers cholesterol, and the decoction is used against diabetes and obesity. It has a beneficial effect on the function of the glands, helps to fight fluid retention. As a choleretic agent, it can be used for inflammation or hyperemia of the liver and gallbladder. In the case of gallstones, if the stones are large, or if you are taking medication, consult your doctor before starting herbal treatment.

The list of benefits of dandelion is wide: it is used for chronic skin diseases, it is a stomach tonic, and the milk that is released when we cut it heals acne, moles and even calluses.

It is also traditionally used in diabetes to control blood sugar levels. Its hypoglycemic activity has been experimentally confirmed.

Against the background of taking dandelion extract, the normalization of carbohydrate metabolism is fixed, the absorption of fats improves. The result is weight loss.

Experiments on mice confirm that adding dandelion to the diet causes weight loss. The effect was established by chance, therefore, a specialized, narrowly focused study is required to confirm.

An independent study in mice with confirmed obesity confirmed that the fat-burning effect of dandelion is mediated by chlorogenic acid. Its action affects the level of hormones that affect fat metabolism.

Dandelion is used in traditional and folk medicine around the world. Scientific works and research works are devoted to him. Phytotherapists and botanists characterize it as a miracle cure and an indispensable part of the diet.