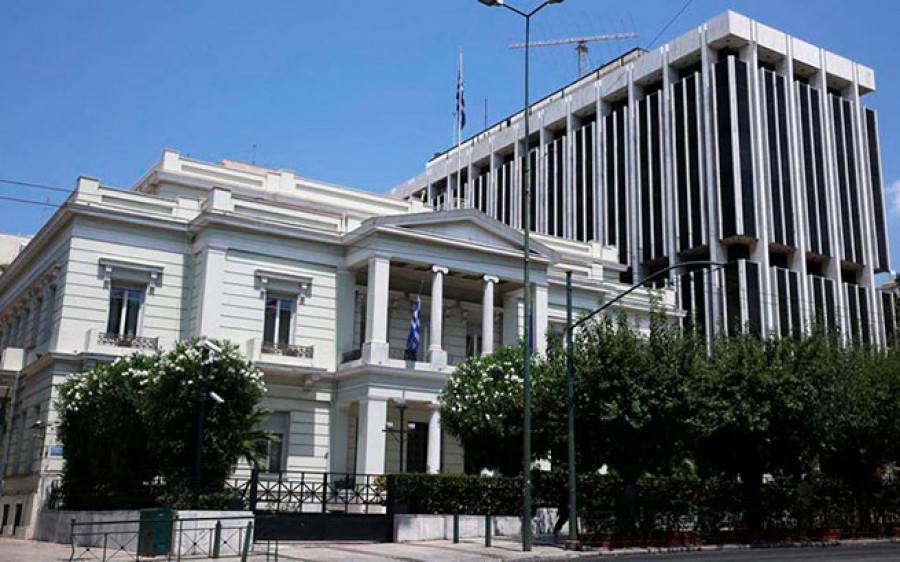 Foreign Ministry spokesman Alexandros Papayoannou spoke about the need to avoid actions against Turkey that could increase tensions and create a constructive climate for dialogue during a regular briefing.

In this context, Alexandros Papayoannou made it clear that, if conditions permit, the visit of Foreign Minister Nikos Dendias to Turkey will take place on April 14. Referring to his boss, he explained that now it is necessary to de-escalate relations, allowing for a constructive meeting. “If there is a clear and confident de-escalation, this will allow to outline an improvement in relations, which will make it possible to conduct a constructive dialogue,” the message of the Greek Foreign Ministry says.

Answering a question about the agenda, he noted that this will be the first meeting at the level of foreign ministers of the two countries in Ankara, at least in the last 4 years, and it is expected that both sides will raise issues of bilateral relations and regional cooperation.

He reiterated that the only difference between Greece and Turkey is the demarcation of the EEZ and the continental shelf, which must be resolved on the basis of international law.

Referring to yesterday’s meeting of the Foreign Minister with the Turkish Ambassador, Mr. Papayoannou said that it was planned, and the main topic of discussion was the preparation, if conditions permit, for the visit of Foreign Minister Nikos Dendias to Turkey on April 14. In this context, he announced that a broader discussion had taken place on various issues. At the same time, Nikos Dendias referred to the need to avoid Turkey’s actions, which could increase tensions.

At the same time, Mr Papayoannou referred to the Declaration of 27 Member States following the recent meeting of the European Council, noting that it reflects the main points of the Borrell and European Commission report and is generally moving in a positive direction. Focusing on the Borrell report on Turkey, he stressed that it talks about a bilateral approach to Euro-Turkish relations, between a positive agenda and the prospect of taking action “if Turkey falls into criminal behavior.” He added that the report maintains several balances and emphasizes that relations with Turkey are not only bilateral, between Greece and Turkey, but are European in general. At the same time, he noted that there are shortcomings in the report.

Answering the question about the upcoming visit of the Presidents of the Council of Europe and the European Commission to Turkey, the representative of the Ministry of Foreign Affairs noted that they will make wider visits to the region, and retained in the statement of the European Council the clause that the EU is ready to “start a dialogue with Turkey at level on issues of mutual concern such as public health, climate and the fight against terrorism, as well as on regional issues. ” In this light, he stated that Greece expects this to be put forward by Charles Michel and Ursula von der Leyen to the President of Turkey, as well as the EU’s position on Euro-Turkish relations, as reflected in the latest Declaration of the Council of Europe.

Asked about the Greek cargo ship Angelic Power anchored off the coast of China, and the release and repatriation of Greek sailors, the Foreign Ministry spokesman stressed that Greece was requesting him to be moored in the port to allow the crew to get out and provide them with the necessary medical care, assistance, and immediately repatriate as soon as possible. He noted that the Ministry of Foreign Affairs fully coordinates and cooperates perfectly with the responsible Ministry of Shipping and Island Policy, assured that they are making every effort and expressed the hope that this very unpleasant adventure for seafarers will have a happy ending. In particular, he said that the Consul General of Greece is in constant contact with the local authorities of China – Guangzhou.

He also said that the Greek Embassy in Beijing has appointed an official who deals exclusively with this issue. He noted that a number of oral communications had been sent to the Chinese authorities and announced that the issue had also been raised by the Secretary General of the Ministry of Foreign Affairs in a broader discussion he had with the Chinese ambassador. Greece pays special attention to the environmental and humanitarian factor – the state of health of seafarers.

During the briefing, the Foreign Ministry spokesman also mentioned the meeting that the head of Greek diplomacy held in Germany with the leader of the Christian Democratic Party (CDU) Armin Lasset, noting that it was held in a wonderful and cordial atmosphere. It is significant, as he added, that Armin Lasset, who received Nikos Dendias in his private office, said that this was an unusual act of modesty. The main goal of Mr. Dendias was to inform about the position of our country on various issues, both at the bilateral and multilateral levels, as well as on regional events.

In addition, Mr. Papayoannou referred to the meeting that the Foreign Minister held in Athens with the EU Commissioner for Internal Affairs Ilva Johansson, saying that EU-Turkey relations and the implementation of the Joint Declaration for Immigration were discussed. He added that Greece stressed the need for Turkey to fully implement the Joint Declaration on migration routes, border protection and the return of migrants. In addition, the constructive position of Greece in the European context was emphasized, especially regarding the financing of programs for Syrian refugees, both in Turkey and in other countries. The need in the future to focus on other countries, such as Lebanon and Jordan, which also host large numbers of Syrian refugees, was emphasized.

The Foreign Ministry spokesman highlighted the events held in different cities of the world on the occasion of the 200th anniversary of the Greek Revolution, when monuments and public places were illuminated with the colors of the Greek flag, as well as congratulatory messages from the heads of state and foreign ministers and other officials. He stressed the decisive role of Russia, France and Great Britain in ensuring the independence of Greece. Answering the relevant question, he said that there is a prospect of a meeting of the foreign ministers of Greece and Russia, when epidemiological conditions allow, expressing the hope that this meeting will take place in the coming months. In addition, he mentioned that 2021 is the Year of History between Greece and Russia and noted: “We would like to see an event held in the presence of two ministers in the coming months.”

At the end of his opening speech, he mentioned the meeting of Nikos Dendias with the US Ambassador to Greece Geoffrey Pyatt on Tuesday. “They discussed the excellent bilateral relationship and Mr. Dendias referred to a short meeting he had on the sidelines with NATO foreign ministers with his American counterpart Anthony Blinken. “The issue of revising the Agreement on Defense Cooperation was discussed, as well as developments in the region such as Turkey, Cyprus issue, Libya,” he said, adding that Geoffrey Pyatt highlighted various messages sent by the American side on the anniversary of March 25 …

The update was made online due to the restrictions imposed by the pandemic.