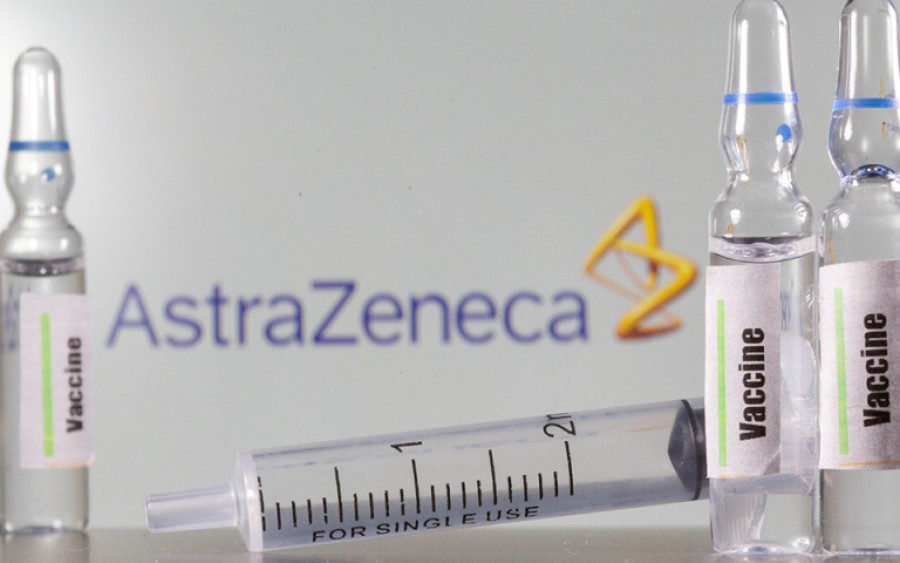 The Berlin government has again suspended the use of the AstraZeneca vaccine as a precautionary measure. The city authorities are awaiting expert recommendations, Berlin Health Senator Dilek Kalayz said. Tagesspiegel…

According to the senator, the decision was taken in a preventive manner, Kalaychi referred to new data on the possible side effects of the drug. Earlier, a number of Berlin clinics announced the suspension of vaccination with the drug for women over 55 years old.

“Although there have been no complications from the Astrazeneca vaccinations at Charite, the clinic will act proactively and await a final assessment,” Berlin-based Charite University Hospital, the city’s largest hospital complex, said in a statement.

In addition to Charite, which employs 19 thousand people, clinics of the Vivantes hospital network with a staff of 17 thousand people refused the drug. According to Tagesspiegel, two thirds of its employees are vaccinated against coronavirus in Charite, of which 70% received the Astrazeneca vaccine.

According to German press reports, the directive is expected to be extended to Munich, and the state health ministers will hold an extraordinary meeting in the afternoon to decide on the next steps.

According to Reuters, citing an article in Focus magazine, the German Federal Vaccine Committee is going to recommend it only to citizens over 60 years old throughout the country, which is tantamount to new problems in the vaccination process. Previously, vaccination was suspended by the University Hospital Berlin and other hospitals in Germany.

According to data published by the Paul Ehrlich Institute, which is responsible for vaccines in Germany, there have been 31 cases of rare thrombosis reported to date after vaccination with AstraZeneca. Nine incidents resulted in the death of patients, and all, with the exception of two cases, concern women between the ages of 20 and 63. Two men were 36 and 57 years old.

Today, the Vivantes Hospital in Berlin decided to prevent vaccination of women under 55 years of age, noting that the directive mainly concerns its staff. Similar steps have already been taken by hospitals in North Rhine-Westphalia, where there have also been two cases of thrombosis. A 47-year-old woman died and a 27-year-old man recovered.

Canada suspends use of the AstraZeneca vaccine for people under the age of 55 due to fears of blood clots. informs Associated Press. Health Canada called the pause a precautionary measure.

“There is significant uncertainty about the benefits of vaccinating adults under 55 with AstraZeneca, given the potential risks,” said National Advisory Committee on Immunization Deputy Chair Shelley Dix.

Dr. Joss Reimer, of the Manitoba Vaccine Implementation Task Force, IF province of Canada, reported that thrombosis occurs in about one in 100,000 or one in a million people vaccinated with AstraZeneca. This usually happens between the fourth and 20th days after the injection.

Canada is lagging behind in vaccinating its population as it lacks the capacity to produce vaccines and has to rely on a global supply chain for COVID-19 vaccines like many other countries. Prime Minister Justin Trudeau’s government has bet on seven different vaccines produced in other countries and has entered into preliminary procurement agreements. The government expects to receive over 36.5 million doses by July.

Previously, many countries in Europe and the world suspended the use of the AstraZeneca COVID-19 vaccine after reports of blood clots in patients who received an injection of this drug. A causal link between vaccine use and thrombosis has not been proven, but medical authorities in several countries have chosen not to risk it.

The vaccine didn’t go … can we rename it?

After many European countries suspended vaccination with the AstraZeneca drug, it was decided to rename the drug of the Anglo-Swedish company AstraZeneca. The new name of the drug was “Vaxzevria”. As specified on the website of the Swedish Health Products Agency, the name change does not bring with it changes in other parameters of the vaccine, however, the labeling and packaging of the drug with the new name may differ. Well, not arrogance? Will people be stuffed with a drug with a very bad “credit history” and at the same time pretend that nothing is happening?