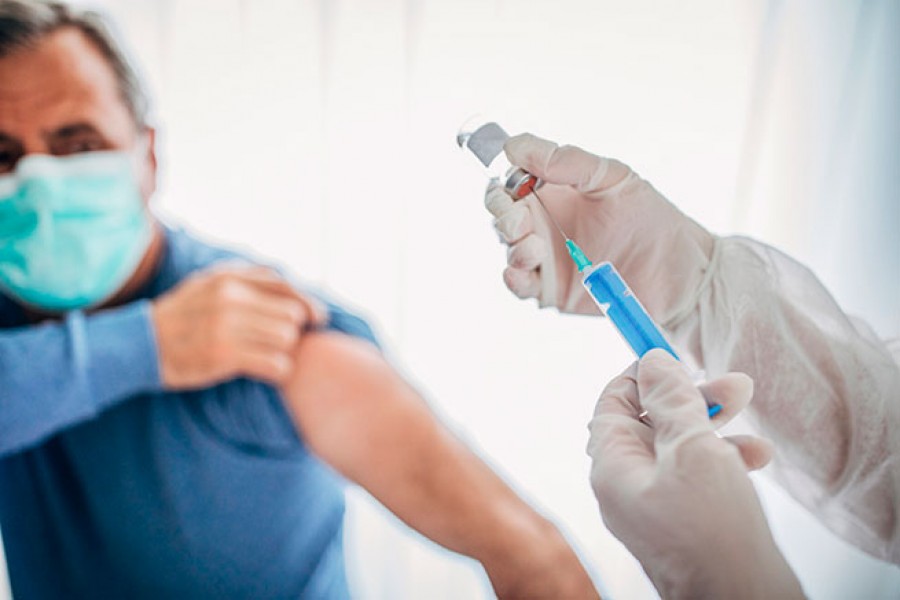 To date, 1.63 million doses of vaccine have been administered as part of Operation Liberty, the Secretary General of Primary Health Care, Marios Themistokleous, said during a regular briefing on vaccination progress in Greece.

He stressed that, as of noon, 26,000 vaccinations have been carried out so far, and 1,065,000 residents of Greece have received at least the first dose of the vaccine.

Marios Themistokleous described the participation in the 70-74 age group as “impressive” as 230,000 vaccinations have been administered since the platform opened.

Regarding the upcoming deliveries, he said what is expected:

Mr. Themistocleous announced that citizens, when they make an appointment, will be able to find themselves on the waiting list, and if doses are not available, they can be vaccinated even earlier. Citizens will receive an SMS message indicating the vaccination center where they can go and confirm their appointment or not.

“When doses are not available at the vaccination center, the system automatically selects the time of admission for others so that vaccinations can be completed earlier than (the specified date),” explained Mr. Themistocleous.

“The number of vaccinations is accelerating and people are gradually getting closer to their vaccination queue. However, it has been observed that many of them are overly fearful of allergies, and the doctors themselves are reluctant to refuse vaccinations and cancellations. “The only case when vaccination is contraindicated is the manifestation of severe anaphylaxis,” said the president of the National Vaccination Committee, Maria Theodoridou.

“Common allergies are not contraindicated for vaccination. The allergy factor is overestimated, ”said Ms Theodoridou.

She mentioned the AstraZeneca vaccine in detail, stressing that the safety of the drug is the main goal, and constant monitoring allows the registration of adverse reactions.

“Research centers in Europe are investigating cases of thrombosis and thrombocytopenia that may be associated with the AstraZeneca vaccine. she said, adding: “Globally, 28 incidents have been reported out of 17 million doses of vaccine received. “We have high hopes for this vaccine, and these messages are undermining confidence.”

Ms Theodoridou recalled that Coreper stands for the vaccination of AstraZeneca. At the same time, however, a thorough investigation is ongoing. The professor said possible symptoms that can be considered suspicious include: chest and abdominal pain, headache, which can occur 7-14 days after vaccination. However, she explained that a history of thrombosis is not a contraindication to vaccination.

The professor expressed her hope that the control mechanisms will be able to provide the right answers to restore confidence in the vaccine, which is a powerful weapon in the fight against the pandemic.