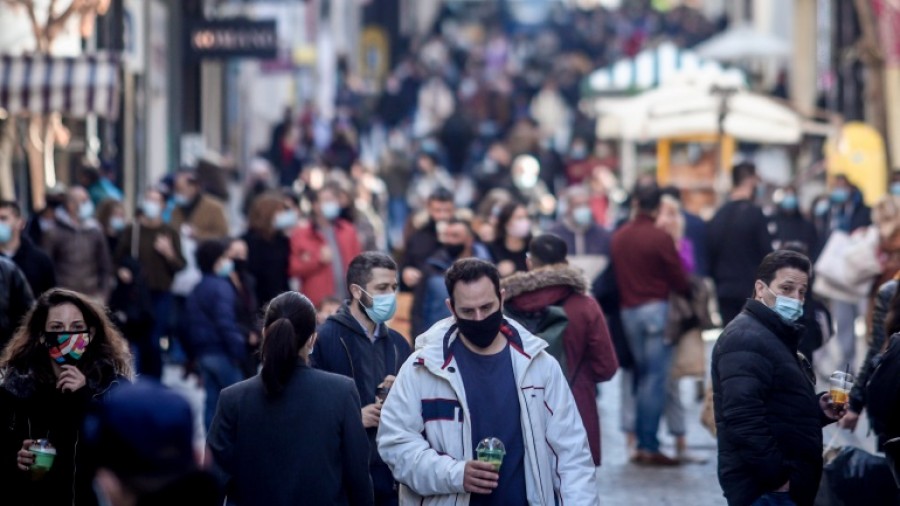 Today begins the week for making important decisions about whether to continue with restraint with the opening up of economic activity and education.

At a meeting of infectious disease specialists, which will take place on Wednesday, at which current health data will be examined, the facts for and against lifting the lockdown will be assessed.

Scientists and government consider two factors that will weigh heavily in decision-making. The first is the work of the National Healthcare System, which, according to the Ministry of Health, is working to the limit of its capabilities. Today, 735 citizens are under intubation in intensive care units. This number tests the resilience of the health care system and there is little hope that this figure will decline significantly in the near future.

The second is the introduction from the beginning of April of a self-test, which citizens will be able to take free of charge once a week. The decision to make it mandatory for students, teachers, retail and tourism workers is moderately optimistic that, at least in schools and shops, new cases will be detected quickly, limiting the spread of the coronavirus.

When does retail open?

The first step in easing quarantine measures will be the opening of retail stores, with the most likely dates being April 5 or 12. Deputy Prime Minister Akis Skertsosu said:

A preliminary review was already conducted on Friday (3/26), when the panelists presented in detail how the process will work home testingwhich we believe will significantly speed up the process of finding and tracking positive cases. Mostly asymptomatic – easier detection of those who are sick but do not know about it. Therefore, during the week we will be discussing dates. We plan to reopen certain activities in early April with a focus on retail and education, followed by open air catering in mid-April.

What is discussed in schools

As for schools, the Ministry of Education is pushing for the opening of secondary schools and lyceums on April 5. Time is moving forward inexorably, especially for the students of the 3rd grade of the lyceum, who have their final exams ahead. Taking into account the mandatory self-test, the opening of schools is planned even in the areas marked with “dark red”. However, for kindergartens and elementary schools, at least for the time being, there is no talk of opening.

With regard to catering, experts are guided by the proposal to open before the end of April, as they want a certain time distance before the opening of schools and shops. They estimate that the weather will improve at the end of April and stores will be able to accommodate visitors outdoors.

There may be discussion this week about easing inter-municipal travel restrictions for some activities. But this issue is clearly lagging behind priorities when compared to schools and retail.