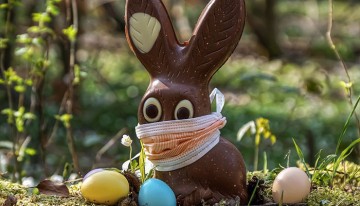 The government has a plan to open stores, which has been brought to the attention of infectious disease experts who were meeting this morning. However, it is unknown if they will make relevant announcements today.

According to an exclusive report from Dnews, the government plans to open stores on April 5, and there is also a plan to organize the opening of the catering sector and move from prefecture to prefecture on Easter.

According to the publication dikaiologitika.gr., The authorities intend to give the green light for the opening of stores on April 5. In recent days, there has been a third wave of the pandemic, and a picture of the level of hospitalization (and discharge) of patients from hospitals and those in intensive care units is presented. If it does not worsen in the first days of next week, this means that from April 5, stores will be able to open with the physical presence of consumers.

What remains to be clarified (assuming the plan is approved) is whether stores will open in large quantities or only small stores will open at first, and large shopping centers a week later. Regardless, the ban on moving from municipality to municipality will remain in effect for at least a week until the pressure on the health care system eases.

In addition, according to the plan reviewed by infectious disease specialists today, the opening of restaurants is scheduled for mid-April, at least two weeks before Easter. Under other conditions, cafes and restaurants during Holy Week will work only outdoors and with limited seats, in accordance with the sanitary protocol.

Easter
As Easter approaches, most people wonder if they will be allowed to travel outside the prefecture. The government’s plan stipulates that city dwellers will be able to spend Easter in the countryside, but again, with some restrictions. The government intends to allow travel outside the prefecture on Easter, but without having noisy parties in the backyard and dancing with relatives.

The government and infectious disease specialists are aware that citizens are too tired of months of quarantine and intend to gradually loosen measures, such as allowing travel to the village on Easter, with careful enforcement of protective measures. “Everything needs to be done gradually, carefully and thoughtfully,” the statement said, “so as not to endanger public health from mid-May, when the tourist season is officially expected to open.”