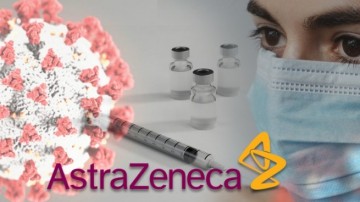 AstraZeneca Plc may have provided outdated (incorrect) information about testing the Covid-19 vaccine, which gives an “incomplete” picture of its effectiveness, the leading US agency for infectious diseases said.

The Data and Safety Monitoring Board, which is responsible for the safety and accuracy of the AstraZeneca vaccine test, has raised concerns with the National Institute of Allergy and Infectious Diseases that published test results are outdated.

This “could provide an incomplete picture of the performance data,” the agency said in a statement on Tuesday.

“We urge the company to work with the DSMB (Data and Security Monitoring Board) to validate performance data and ensure that the most accurate and up-to-date data is released as soon as possible,” said the group led by Anthony Fauci, chief US official for infectious diseases.

The announcement is another black mark for AstraZeneca, which announced on Monday that its vaccine is 79% effective in preventing Covid-19 in clinical trials in the United States, involving more than 30,000 volunteers… After approval for use in the UK and many other countries, the company is preparing to receive FDA approval. Now, however, this green light is likely to be postponed due to concerns from the supervisory committee.

The AstraZeneca vaccine, developed in partnership with the University of Oxford, was initially considered a pioneer in protecting against Covid-19, but then the company ran into some problems. A dosing error during testing last year raised bewilderment about its effectiveness and is now at the heart of a dispute with the EU for volumes to be delivered, which were significantly less than originally planned. Added to the list of numerous problems are cases of thrombosis, which raise fears that they may be associated with the vaccine, and have led to the temporary suspension of its use in several countries.

Meanwhile, Norway has reported 2 more deaths after being vaccinated with AstraZeneca, the Norwegian Medicines Agency reported.

“Earlier it was reported about five patients hospitalized after vaccination with AstraZeneca. They were found to have a combination of thrombosis, hemorrhage and low platelet count. One of them died at the beginning of the week, now it became known about two new deaths,” – said in the message. As noted in the agency, it cannot be excluded that new cases may be associated with the AstraZeneca vaccine.

A number of European countries, including Austria, Estonia, Lithuania, Latvia, Luxembourg, Denmark, Bulgaria, Norway, Iceland, Slovenia, Cyprus, Italy, France, Germany and Spain, suspended use of the AstraZeneca vaccine. Greece, on the contrary, it does not plan to take any suspension measures. However, last week the European Medicines Agency made it clearthat the benefits of the vaccine in protecting people from death and hospitalization outweigh the potential risks. The EMA announced an update to its vaccine instructions for use to include advice on potential risks for anyone who vaccinates with the drug and information for healthcare providers about possible symptoms after vaccination that need attention. Norway is due to decide to restart AstraZeneca vaccinations this week. …