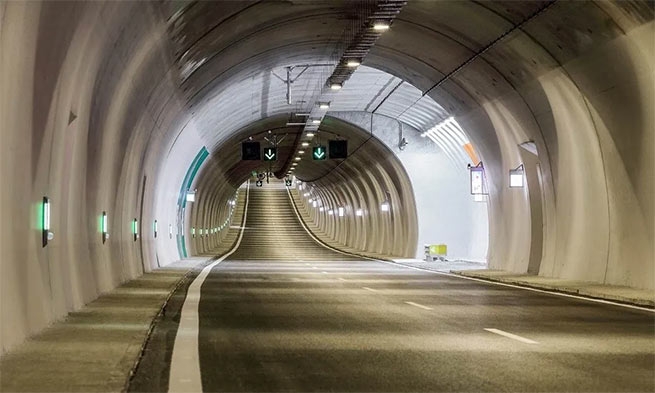 The Deputy Minister of Infrastructure presented a comprehensive plan for the modernization of infrastructure in Attica and the start dates for works in Egaleo, Metro and Attiki Odos.

Deputy Minister of Infrastructure and Transportresponsible for infrastructure, mr Yorgos Karagiannis touched upon the overall planning of work with road traffic in Atticaas well as projects that are underway, whether they will “launched” in the next period and how Lekanopedi’s image will change, speaking at the Real FM radio station.

Leading the main directions of planning Ministry of Infrastructure and transport, mr Karagiannis noted: “Our logic is to cope with traffic by expanding the network, increasing the number of road junctions and increasing metro lines.” For this reason, he emphasized, “we quickly began to resolve the existing outstanding issues and launched three expansion stations underground in Piraeus”. He recalled: “No one believed that the project would be implemented, but we launched it. According to our data, from October 11 to October 31, more than 50 thousand citizens. “We need to further strengthen the metro network,” the Deputy Minister of Infrastructure emphasized, “by the end of 2022 extension will be announced lines 2 to Ilion with three new stations: Palatiani, Ilion and Ag. Nikolaos” .

According to Mr. Karagiannis“In the coming days, new train lines will also be announced on suburbs of Western Atticawhich, together with the already “passing” tenders for the extension of the commuter train to Rafina and Lavrio significantly strengthen the transport network.” “In fact, we will have three tenders to expand the network commuter train“, – added the Deputy Minister of Infrastructure.

Mr. Karagiannis made special mention of metro lines 4 the construction of which began: “With a new metro line we will be able to condense the stations in the center of Athens.” According to him, “four-i metro line will absorb significant traffic as it will serve daily 340 thousand passengers“.

Mr. Karagiannis also mentioned the need to increase the number rolling stockemphasizing: “In early 2023, we will hold tender to supply 15 new trains, while we will also have the renovation of Line 1 trains.” Concerning buses, he noted that “the goal is at the beginning 2023 year to get new buses and enlarge the park.

As for expansion networks road junctions in Attica, mr Karagiannis announced: “Towards the end 2022 the tender for Egaleo Western Regional Highwaywhich with three modernized interchanges in Navpigeia, Scaramangas and Schisto unload the western side of the city.”

Significant relief, according to the Deputy Minister of Infrastructure, is also expected from the extension L.Kimi. “Expansion construction project L. Kimi starts at the beginning 2023, it will be the longest urban tunnel 3.5 km long,” he said characteristically. Subsequently Mr. Karagiannis stressed: “We are also continuing the large-scale expansion Attica odos before Rafina, Lavriona and tunnels to Iliupoli”.

“Creation of a new resort area Elliniko will change the whole southern part Attica, and we must make sure that residents and guests can move comfortably,” said the Deputy Minister of Infrastructure. Paying particular attention to Kifissos, noting that this is the responsibility of regional authoritiesmr Karagiannis added: “We are in contact with pperiphery, we are discussing some specific measuresthat can be taken.”

In conclusion, Mr. Karagiannis noted: “At the Ministry of Infrastructure and Transport, we have developed and are implementing a comprehensive plan for the development of transport in Attica, where within 15-18 years old no major infrastructure projects have been implemented, and complex decide transport problem“.