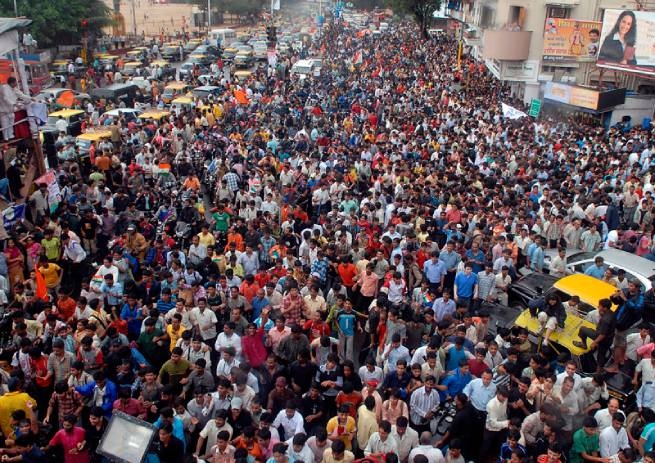 Very soon, literally in a week, the number of people living on our planet will exceed 8 billion, according to the United Nations.

Although this figure is three times higher than the data for 1950 (2.5 billion), at the same time the organization states that the population growth rate has significantly decreased since then. In 2021, the average lifetime birth rate was 2.3 children per woman, up from about five children per woman in 1950.

The data are presented by the United Nations Population Fund, on Monday, November 7, they were made public in an interview with the AFP news agency by the representative of the fund, Rachel Snow.

Given the increase in the number of people of childbearing age and average life expectancy, the UN predicts that in 2030 the world’s population will be approximately 8.5 billion, in 2050 – 9.7 billion, and in 2080 about 10.4 billion will live on Earth. human. The organization also predicts that the average birth rate will drop to 2.1 by 2050. Such a figure, says Snow, “below the level necessary for the reproduction of the population.”

The American Institute for Health Metrics and Evaluation (IHME) at the University of Washington in Seattle has a somewhat different opinion. Based on his research, published in 2020, he predicts that the total world population will peak in 2064, but will not exceed the 10 billion mark, and will decrease to 8.8 billion by 2100. Lead author of the IHME study, Stein University of Washington professor Emil Folset, told AFP: “We have a lower score than the UN, and I think we have a good reason for that.” He explains that, according to their “very different birth rate model”, the total human population will fluctuate between nine and ten billion.

A key driver of global population growth is the continued increase in life expectancy. In 2019, it was 72.8 years, nine years higher than in 1990. And by 2050, the UN predicts an average life expectancy of 77.2 years.

Combined with declining birth rates, the proportion of people over 65 years of age is predicted to rise from 10% in 2022 to 16% in 2050. There is no doubt that such a global trend of population aging will significantly affect the needs of the labor market and will create an additional burden on pension systems, while also requiring more care for the elderly, writes D.W.