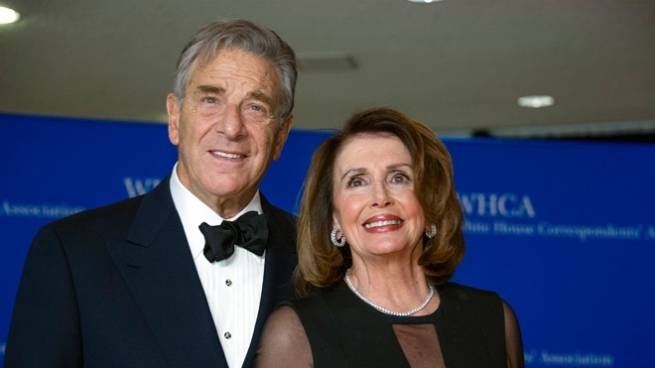 An inadequate aggressive man with a hammer made his way to the house of the Speaker of the House of Representatives Nancy Pelosi in San Francisco.

How informs CNN, citing police sources, who attacked Pelosi’s 82-year-old husband was looking for the congresswoman, shouting loudly: “Where is Nancy, where is Nancy?” The attacker tried to tie Paul “until Nancy returns,” and when the police arrived at the residence of the politician, he said that he was waiting for the speaker of the House of Representatives to return home.

The perpetrator has been arrested. William Scott, the San Francisco police chief, told reporters that the detainee will be charged with attempted murder, assault with a weapon, elder abuse and other crimes.

Paul Pelosi was taken to the hospital on October 28. He underwent brain surgery NBC. His condition is stable, there is no threat to life.

According to preliminary information, the man made his way into the residence through the back door, at that moment there were no guards in the house. His motives are not yet known. Nancy Pelosi, according to her press secretary Drew Hammill, was at that time in Washington.

The Pelosi have been married since 1963 and have five children. In August, Paul Pelosi was sentenced to five days in jail, hard labor and a fine for drunk driving. At the state highway in Oakville, his 2021 Porsche collided with a 2014 Jeep.