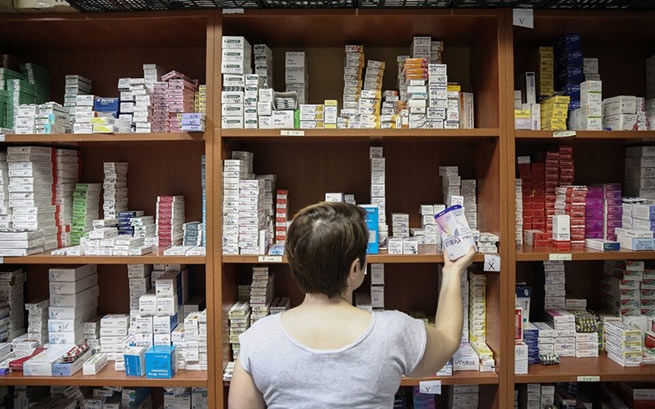 “I’ve been looking in pharmacies for a month now for a specific muscle relaxant that a patient needs to treat spasticity. The patient is bedridden after a serious accident and needs constant therapy to treat this condition. The course requires eight injections, and I managed to find only one. What can I say his mother?” Apostolos Valtas, president of the Panhellen Pharmaceutical Association, tells the journalists of the publication cathimerini, describing the problem of shortage of medicines in the Greek market. “This is a daily and unmanageable problem not only for us, but also for patients who are forced to look for a drug prescribed by a doctor in a pharmacy, or even stop treatment until they find their medicine,” says Mr. Baltas.

According to pharmacists, more than 200 critically important medicines for almost all diseases are in constant short supply. Add to them those that are available in pharmacies in limited quantities, and the list of shortages will increase. In a recent statement, the Athens Pharmaceutical Association noted: “Over 400 essential drugs are currently in short supply, leaving patients and pharmacists trying to figure out if they can get some of them. The shortage concerns indispensable medicines such as antibiotics, anti-diabetic drugs, anti-epileptics, anti-coagulants, anti-depressants, etc.” As FSA President Konstantinos Lourantos told K, “a few days ago a citizen came to my pharmacy (in a large area of ​​Athens) who was looking for medicine for a relative in Kastoria”.

Parallel export
The main reason for the lack of drugs, according to pharmacists, is the ever-growing parallel export. As Mr. Valtas points out, Greece is a country EU with the lowest prices for drugs, which makes their export very profitable for pharmacies. Significantly, the profits of pharmacies for the drugs they distribute, which in Greece is 4.67%, can be multiplied when the drugs are sold abroad. Thus, according to the catalogs distributed to interested parties, based on the price at which drugs are sold abroad, the profit is 189% for the very common drug Collirium, 106.7% for the asthma drug, 80% for the migraine drug, and muscle relaxant gain increases to 277%. It is worth noting that in 2020, medicines were exported in parallel in the amount of 427 million euros.

“Meeting after meeting was held, but to no avail,” Mr. Valtas said. According to ΠΦΣ, concrete actions are needed to restore market sufficiency. These, he said, include: strict control over the amount of drugs available to companies on the market, control of pharmaceutical warehouses and real-time monitoring of exports, as well as the establishment of stricter time limits regarding the ban on parallel exports. “The ban should be in place for a year, not several months, as it is today, to avoid the accumulation of stocks of medicines that will be exported as soon as the ban expires,” emphasizes President ΠΦΣ. “There should also be a system for alerting doctors using electronic prescriptions to they didn’t prescribe medicines that are clearly in short supply.”