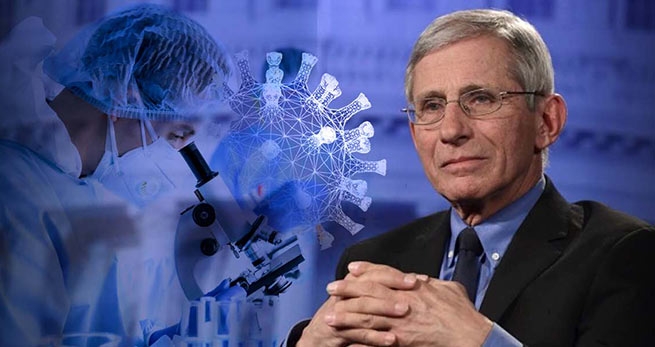 Not otherwise than madness one can name what a team of 14 scientists from Boston University’s National Emerging Infectious Diseases Laboratory (NEIDL) has done to develop new strain of COVID-19which the killed 80% of mice, infected with the virus in the laboratory.

This information was published by Children’s Health Defensereferring to data from Boston University: A team of 14 scientists from a Boston University lab developed a new strain of COVID-19 that killed 80% of mice infected with the virus in the lab, drawing criticism from experts who said the study was “kind of crazy.”

Following this announcement, much of the news about the results of the study focused on the mortality observed in the laboratory mice used in the study, as this creates “the potential to kill more people than any nuclear weapon”!

However, behind the headlines, some scientists and others expressed concern about the nature of the study and the fact that it was funded in part by the National Institute of Allergy and Infectious Diseases (NIAID), led by the notorious Anthony Fauci!

It turns out that the creature of Joe Biden financed this “research” from federal funds!

Not only did the entire planet suffer an unprecedented economic and humanitarian disaster due to the virus as we know it, but someone in the Biden administration had the bright idea to create a new “improved” version that would kill 80 % of the population!

The study was conducted using what some scientists call “gain of function,” raising concerns that this type of study – which some believe led to the creation and diversion of the original Wuhan strain of COVID-19 – is still being done despite concerns. that it could lead to new laboratory leaks and new pandemics.

As reported, the study reportedly aims to “manipulate pathogens to make them more dangerous” in the hope of “preventing a future outbreak.”

It turns out that these people make a huge fire, and then try to put it out to see how quickly or slowly it goes out! This is of course logical from the point of view of a scientist, but a scientist maniac ….

Commenting on the researchers’ statement, Robert F. Kennedy, Jr., Chairman of the Board and General Counsel of Children’s Health, noted the potential dangers of such studies – and their federal funding: “What could be crazier than Anthony Fauci funding experiments to create a deadly virus?”

Rachel Lapal Cavallario, assistant vice president of public relations and social media at Boston University, argues in the media that the study was not research for profit and that “in fact, this research has made the virus less dangerous.”

However, others have disputed this claim.

“Viruses managed to escape even from the most protected laboratories”Marshall said, adding that this kind of “research should be stopped immediately.”

Jessica Rose, Ph.D., commenting on the NEIDL Substack study, wrote: “What they have done in this work, as described by their own methods and results, is like madness. It’s like crazy because… they essentially created and published a recipe for a deadly pathogen (80% mortality in test subjects) of their own making in their laboratory. By the way, this study is from the point of view of the profit function. It couldn’t be more descriptive“.

Boston University released the following statement in response, downplaying the risks of the study: “The study was reviewed and approved by the Institutional Biosafety Committee (IBC), which includes both scientists and members of the local community. The Boston Public Health Commission also approved the study.
In addition, this study reflects and reinforces the results of another similar study conducted by other organizations, including the FDA. Ultimately, this research will benefit society by allowing the development of more effective, targeted therapeutic interventions to help fight future pandemics.”.

After the coronavirus pandemic, shocking facts about drug company profits, vaccine deaths, and massive violations during the acceptance of vaccines for use, do you still believe these people?