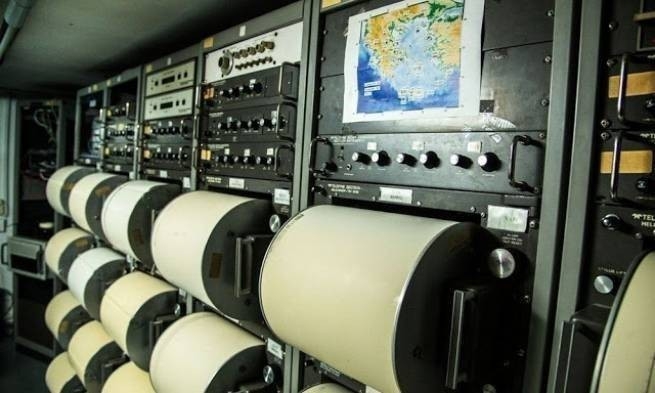 The first assessments by well-known experts of today’s night earthquake with a magnitude of 5.1 on the Richter scale.

In the Gulf of Corinth, there were interruptions in work due to earthquake with a magnitude of 5.1 on the Richter scale, which occurred at 1:00 am. Professor of Disaster Management Efthymyos Lekkas believes that an aftershock of magnitude 4-4.2 is possible:

“We were dealing with an earthquake of magnitude 5.1, it shook the entire region, it was felt in Athens and other regions of Greece. An earthquake in an area with high seismicity has caused many earthquakes in the past, and these earthquakes are mainly associated with the Gulf of Corinth. This is normal to some extent, it just needs time to see how the seismic sequence develops. (…) We are waiting for shocks. And we will see how the activity will develop in order to have more confident conclusions. In any case, there is no danger to residents, no damage. So we have to wait and be a little careful in the next few hours. There should be aftershocks, possibly magnitude 4-4.2 aftershocks. But these are speculations.”

“A strong earthquake of magnitude 5.1 in the Gulf of Corinth at 1:02 am about 12 km south of Desfina. Strongly felt in Attica. The Corinthian region requires special attention.”

“Today at 01:02 we had a strong earthquake with M=5.0 centered 12 km east of Desfina. The earthquake was very strongly felt in Central Greece and Athens, although it occurred at a distance of 112 km west/northwest of the capital. This is due to the direction of seismic waves, since the seismic fault has a direction from west to east. So we have a strong sensitivity in Attica, but also in Corinth.

To say for sure that it is the main event, you have to wait two days to see how the postseismic sequence develops, which has not yet given us the required number of aftershocks. I expected a little more. We do not see a shift towards other large neighboring faults. Geodynamic constantly monitors the development of the phenomenon with the help of its networks and will keep you informed. Residents must always observe known measures to prevent earthquakes.”