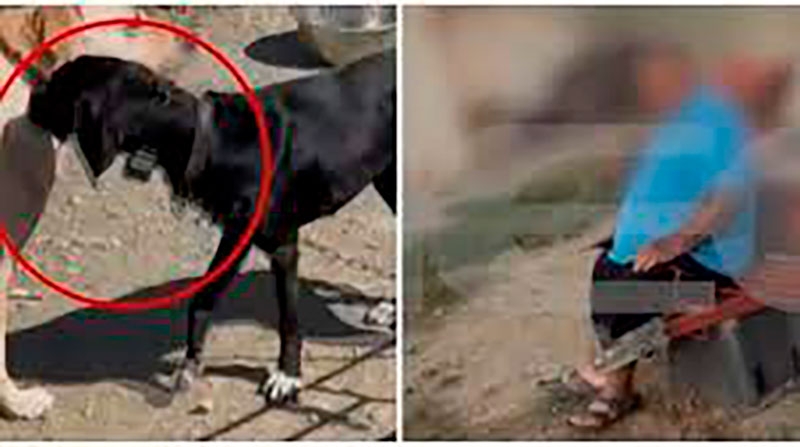 A 67-year-old man has been arrested in Crete and fined €15,600 for torturing his dog with a shock collar.

Another resident of an area near Heraklion filmed a dog abuse and reported the incident to the police. A video posted to social media shows the black bitch squealing in pain as the owner presses the button. The police were able to easily identify the elderly man and arrest him on Friday evening.

The person who filmed the video, likely a neighbor, also wrote that the dog is malnourished and living in conditions that have nothing to do with animal welfare.

Appearing before the prosecutor’s office, the offender stated that he had no intention of torturing the animal, that the collar was intended for dog training, and he purchased it on the Internet.

Unfortunately, the man was released pending trial, reportedly forbidden to leave the country and required to report to the Malevisio police station.

A fine of 15,600 euros was imposed for the fact that the dog did not have an electronic chip or vaccination book. It is not known if the abused dog and the second one in his possession were taken away.